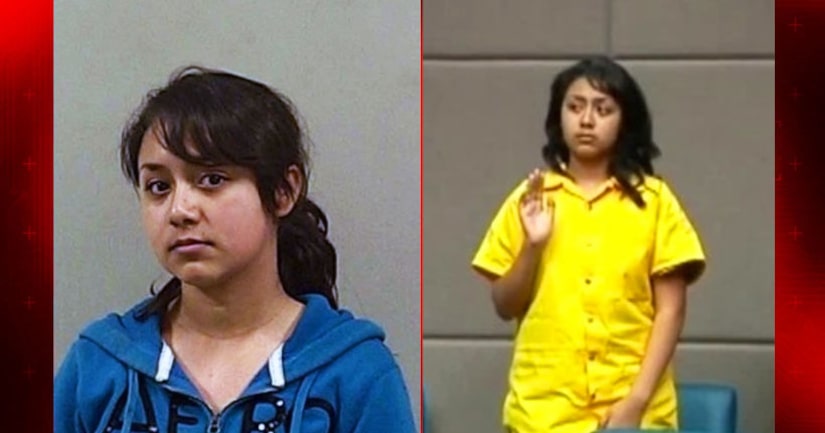 OCALA, Fla. -- (WKMG) -- A 13-year-old girl authorities said is at the center of an attempted murder plot of her parents is nowhere to be found.

The case is returning to headlines three years after rocking the Marion County community.

Yaquelin Don skipped her Feb. 1 court appearance and a warrant was issued for her arrest.

Don and her boyfriend, 15-year-old Pedro Solis, plotted to kill her parents in March 2014 so they could be together, according to the Marion County Sheriff's Office.

Court records say Don lured her mother into the garage of their Ocala home where Solis was hiding.

The teen couple were both charged as adults with attempted first-degree murder and conspiracy to commit murder. Don was granted a $75,000 bond in December 2014 and ordered to have no contact with her parents.

"We know what they are capable of doing," Marion County Sheriff's Office spokesperson Lauren Lettelier said.

Lettelier said it's safe to assume Don is a dangerous person and that's why it's imperative she be found.

"When you read the actual case (details), it gives you chills. It's a very shocking case, how these young people just conspired together to do such violence. And I think a lot of people in the community, and especially here at the Sheriff's Office, remember this case," Lettelier said.

He said the last time he spoke with Don was in late January, when she was staying with a family friend.

On the day of the February court appearance, he said, her caregiver found a note in which Don apologized and said she was afraid to go back to jail.

Ramputi said Don was enrolled at PACE Center for Girls in Marion County and was doing well.

Right now, he said, he hopes she's found and is concerned for her safety.

Authorities said they do not know if anyone is helping Don avoid capture. Don has an uncle in the area and family in Mexico, according to Ramputi.

"(We) just want the public to know that if you aid her and abet her that you could face charges for doing so,” Lettelier said. “If you know where she is, she's a wanted person. You need to turn her in.”

Anyone with information about Don's whereabouts is asked to call the Marion County Sheriff's Office at (352) 732-8181.​