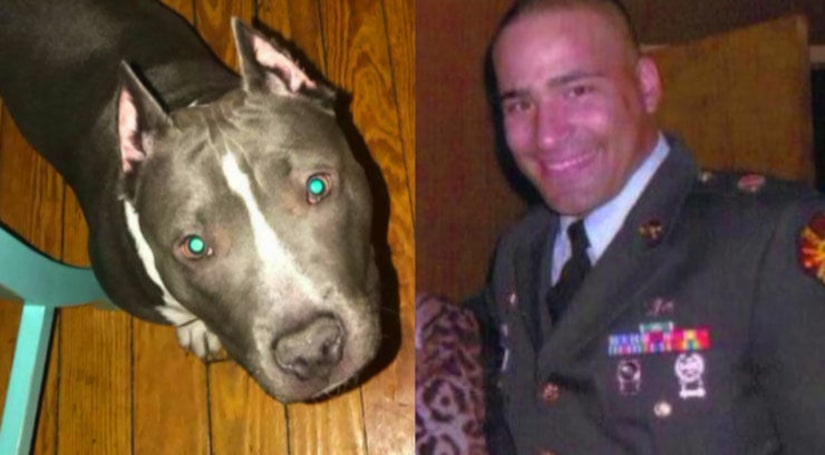 KINGSBRIDGE, Bronx -- (WPIX) -- An Army veteran from the Bronx is reeling after he was beaten during a Mother's Day walk with his service dog, who was stolen.

The attack by two men on Robert Lebron was caught on surveillance video.

Lebron had taken his 8-month-old pup, Mala, on a walk Sunday morning, he said. The pair were returning to his Bronx building from Poe Park when the attack happened.

"I was attacked from behind," Lebron said.

One man pounced on Lebron. He stumbled down the stairs. A second man grabbed Mala's leash and ran off with Lebron's companion.

Lebron said he believes his attacker is an ex-boyfriend of his wife who he says also attacked him less than a month ago.

He is devastated in the wake of Mala's loss.

"What she gives me I can't get from someone else: not a therapist or a family member or my friend," he said about his service dog. "It's unconditional love."

Lebron served as an Army Ranger in Afghanistan after the terrorist attacks on Sept. 11. Mala signified a new chapter in his life.

"It was one of the most amazing things that has happened to me in a long time," he said about getting Mala. "Because I can take her everywhere to the store, to church, to the hospital - and I do."

"[If] you see something, say something - because I need her and she needs me."