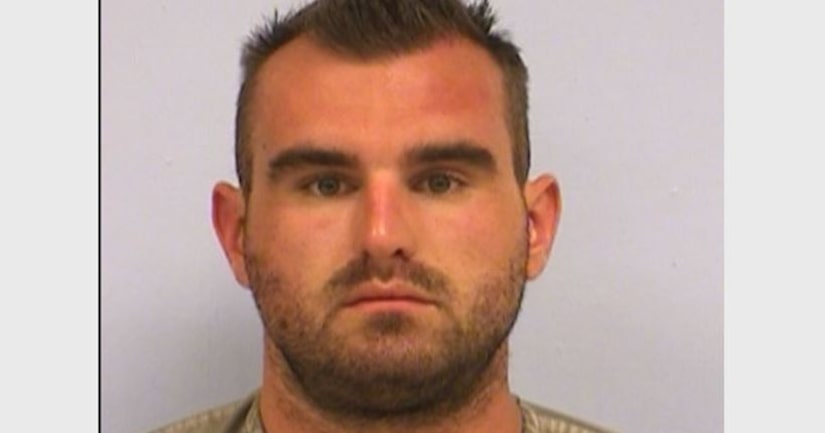 AUSTIN -- (KXAN) -- A veterinarian's autopsy suggested to police that a man may have stabbed his girlfriend's dog in the head with something resembling a flat-head screwdriver at least two times, leading police to issue a warrant for his arrest.

Johnny Ray Doolin, 27, took the dog, a brown and black male Yorkshire Terrier identified as Prince in police documents, to a veterinarian clinic on March 24 because it was not moving and was bleeding from its head. Doolin reported to the vet's office that Prince had jumped off the counter and hit his head.

After attempts to save Prince failed, a vet found two puncture wounds in Prince's head, which resulted in numerous skull fractures, as seen on an x-ray. Veterinary staff determined during an autopsy that Prince had seemingly been stabbed in the head, as only blunt force trauma could cause the fractures, police noted in their report. Prince also had bruising on his neck consistent with being held and squeezed.

Staff at the vet's office told police, when Doolin's girlfriend arrived at the clinic, she was heard yelling at him “You're paying for this, this time.” Prince had been brought into the office two other times in the previous nine days, once with eye hemorrhaging and another time with bruising on his stomach and legs. Both times it was explained as accidents.

FULL STORY: Man accused of killing girlfriend's dog by stabbing it in the head - KXAN