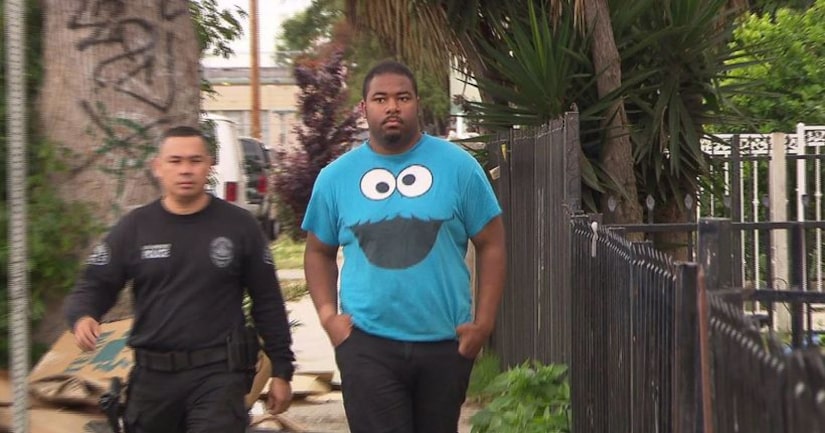 Cushqader Warren was taken into custody during a search of his South L.A. home Wednesday morning. He is being held on $1 million bail.

Warren preyed on young children he befriended through Wizard101, a massively multiplayer online game, Los Angeles Police Department detectives said at the scene of his arrest.

Warren allegedly uploaded YouTube videos to get children to contact him to try to win a free Wizard101 game card. The victims were instructed to produce sexually explicit videos so Warren could download them, according to LAPD.