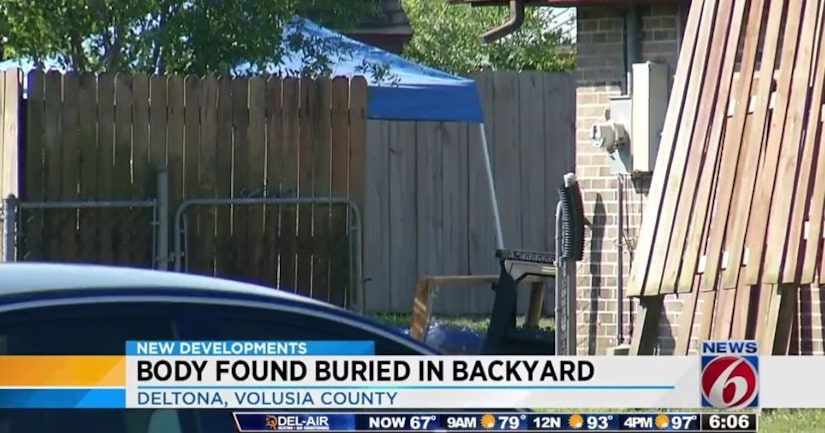 DELTONA, Fla. -- (WKMG) -- A 75-year-old man who shot and killed himself Tuesday at his Deltona home left a note saying that he had killed his wife and buried her body in the backyard -- and now, investigators have found a body, officials said.

A body was discovered buried in the yard at the house on Canterbury Street. Sheriff's detectives will work with the medical examiner's office to establish a positive identity, the Volusia County Sheriff's Office said.

Laurence Caulfield died in the shooting, and deputies earlier Tuesday searched the yard in an effort to find his wife's body, deputies said.

Investigators were called around 9:15 p.m. by a concerned family member who requested a well-being check on a woman at the home on Canterbury Street.

The caller, who lives out of state, said she hadn't talked to the Caulfields in several months. She said she received a disturbing package in the mail from Laurence Caulfield that contained the couple's will and life insurance policy, along with other financial information and contact information for the couple's doctors.

The package also contained a letter from Caulfield, saying that his wife had been diagnosed with Alzheimer's disease and that he was struggling to cope physically and emotionally.