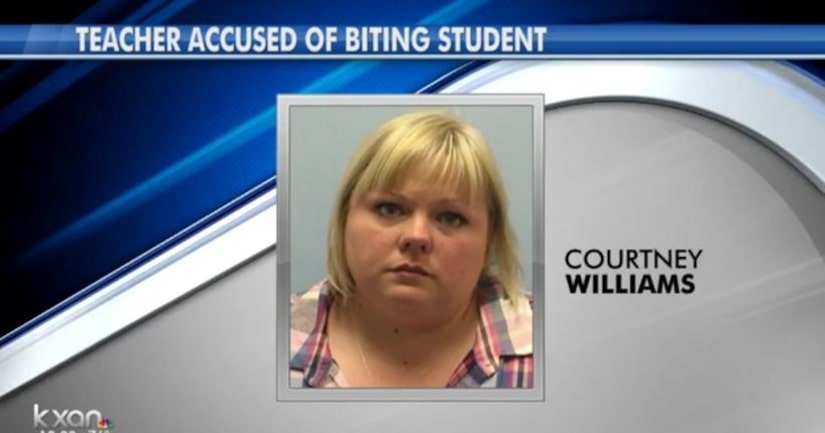 AUSTIN -- (KXAN) -- A Cook Elementary School special education teacher is charged with injury to a child after a parent says the teacher bit her daughter at school.

According to court documents, Courtney Nikole Williams, 35, was arrested and charged with the crime for an incident on March 6.

The arrest affidavit states that Williams had to remove the victim, a 9-year-old student, from the child's classroom because the child was being disruptive. At one point, Williams admitted she bit the victim on the arm when she said the victim “flailed her arms.”