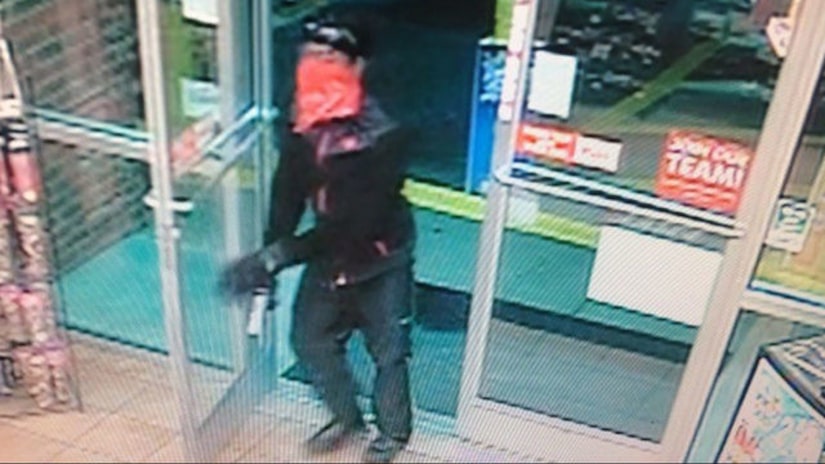 SURFSIDE BEACH, S.C. -- (WSOC) -- Police are looking for the masked man who kidnapped an overnight convenience store clerk at gunpoint.

Multiple media organizations reported the 28-year-old woman was abducted early Sunday from a store in the South Carolina coastal town of Surfside Beach. She escaped by climbing out of the trunk of her stolen car about three hours later in Columbus County, North Carolina.

Video from the store shows the kidnapper grabbing the woman by the arm after jumping over the counter. He took her car keys from her purse and led her out of the store at gunpoint. He did not take any money or items from the store.