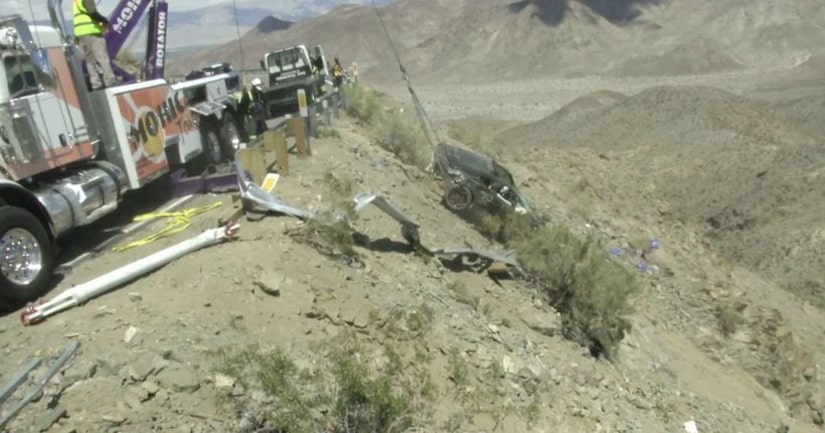 PALM DESERT, Calif. -- (KTLA) -- A year after her baby died when the child was thrown from a Porsche during a car crash, a 23-year-old Palm Springs-area woman has been charged with murder.

Kristen Leigh Lauer of Rancho Mirage was charged Thursday with murder and felony willful child cruelty, a criminal complaint provided by the Riverside County District Attorney's Office shows. A warrant has been issued for her arrest, but she is not in custody, a DA's spokesman said.

Her 5-month-old daughter, Armani Green, was not properly restrained when the 2015 Porsche coupe lost control and crashed over the side of curving Highway 74, south of Palm Desert, the California Highway Patrol said at the time. The crash occurred May 1, 2016.

The child was not in a car seat inside the sports car, the Desert Sun reported, citing court documents.

FULL STORY: 23-Year-Old Mother Charged With Murder in Death of Baby Ejected From Porsche in Crash Near Palm Desert - KTLA