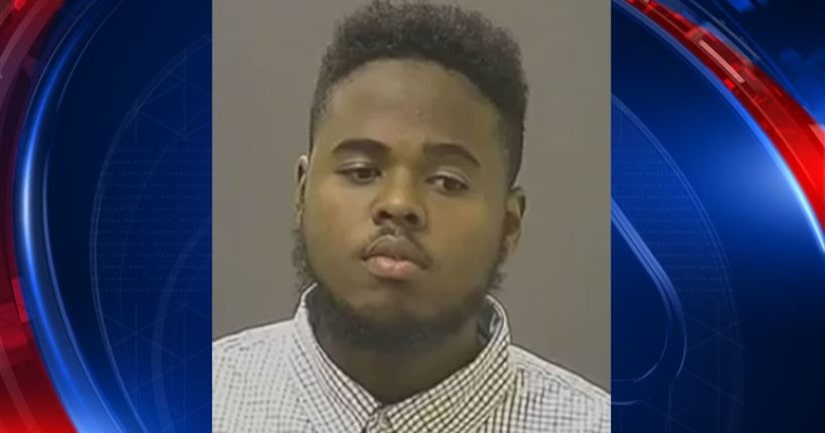 BALTIMORE, Md. -- (WAGA) -- Police are looking for a man they say opened fire on a group that included a 90-year-old woman after she scolded the alleged gunman for throwing chicken bones on the ground.

The incident happened in April over the Easter weekend in West Baltimore.

Officers say 26-year-old Gerald Gaffney was in the 1800 block of Harlem Avenue when he discarded chicken bones as he walked down the street. Police say a 90-year-old woman told Gaffney to pick up the bones and throw them away in a trash can. Gaffney allegedly got into an argument with her and another woman in the area.

Police say he left the area and returned a short time later with a handgun and opened fire on the group. The 90-year-old and a 56-year-old man were both struck by gunfire. Their wounds were non-life-threatening and both are reportedly in good condition.

Gaffney fled the scene. He is 6-foot-4-inches tall and weighs 250 pounds. He has brown hair and brown eyes and is known to frequent parts of West Baltimore.