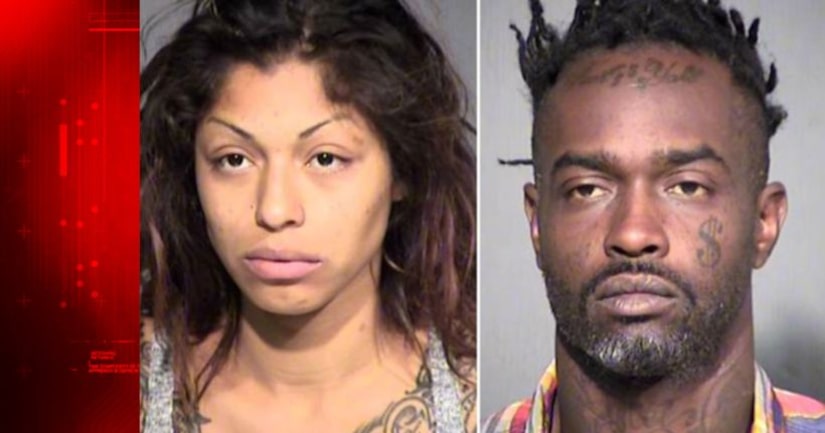 SCOTTSDALE, Ariz. -- (KNXV) --- Scottsdale police have arrested a couple from California for stealing a car from Pasadena worth over $200,000.

Scottsdale police report that on April 27 they pulled over a black 2016 Bentley Continental GT Coupe near 75th Street and Indian School Road. Police say the car had no license plate on the back when police pulled over 25-year-old Katrina Justine Dixon.

Police say Dixon was driving on a suspended license and a vehicle check showed no registered owner. Dixon reportedly told police she borrowed the luxury car, but could not identify the owner.

When police contacted them, they said the car was scheduled to go an off-site body shop, and they didn't realize the $237,000 car was stolen.