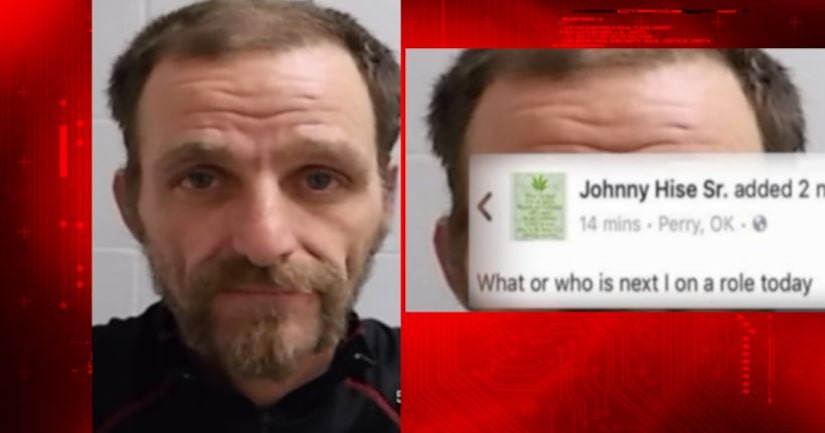 Police say John Samuel Hise admitted to killing the dog to get back at his wife for sleeping with his brother.

“It's sick that somebody would do something like that to an innocent, a poor helpless animal,” said Perry resident Pam Keith.

Keith and others in the town wonder what would possess someone to kill a dog.

“That was a sick individual," Keith said, referring to Hise.

He is now behind bars for killing the dog and then posting pictures to his Facebook page with this chilling message: "What or who is next I (sic) on a role."

Now getting Hise to admit what he did, well, that took officers three days.

Police heard about the photos but they never saw them.

“We made contact with him, he kind of said yes his dog was sick and he had to put it down. And that was only thing we had at that time,” said Perry Police Chief Brian Thomas.

Chief Thomas later determined that was a lie. Someone saved Hise's Facebook post and reposted it again.

“We looked at the picture and at 8 o'clock this morning we had a briefing with the assistant chief and the officers, and went out and found the suspect, brought him in for questioning which he admitted to killing the animal,” said Thomas.

Police say this was all because Hise was upset that his wife was having an affair with his brother.

“He knew if he would hurt that dog, he hurt his wife or ex-wife or so be it. Well, then he attacked the dog, and that's an easy way out. That's a sick, easy way out,” said Keith.