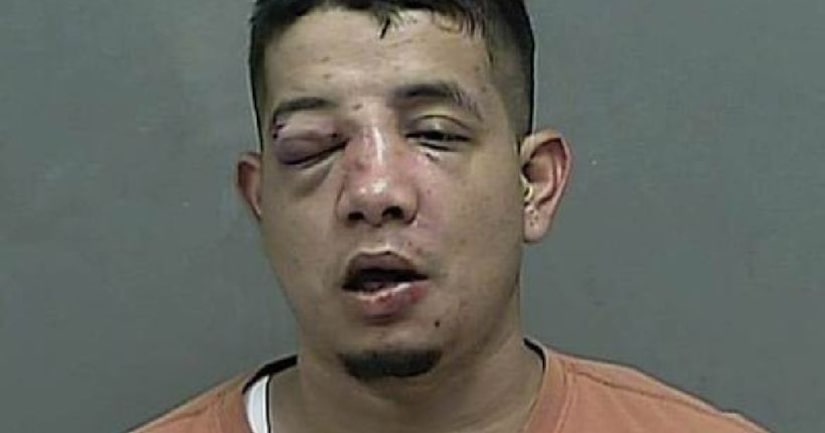 NASHVILLE, Tenn. -- (WZTV) -- An East Tennessee man trying to rob a woman received some instant karma when she grabbed a baseball bat to fend him off.

Kingsport, Tennessee police say over the weekend, a 52-year-old woman answered a knock at her door to find a woman holding a flyer about a lost dog. That's when a masked man stepped into the home, grabbed her arm, and tried to yank her outside.

The woman was able to break away and the masked man entered the home, announcing it was a robbery. A struggle took place between the man and woman, at which time she was able to pull the mask off his face. The woman then realized she knew the man, a longtime family friend by the name of Joe M. Sotello. She also noticed he was armed with a handgun in his waistband.

The woman then grabbed a baseball bat from behind the door and fought back. Two teens also in the home jumped to her aid. Together, the three women pushed the man out onto the front lawn, where he tried to flee to a vehicle driven by the woman who was holding the lost dog flyer. As it turns out, the accomplice was Mr. Sotello's girlfriend.

However, Sotello couldn't break free from the three women, who continued to "get the better of him" according to police. The girlfriend fled, leaving Sotello alone. He was eventually able to flee on foot, ironically running to another home which happened to be owned by a relative of the victim. There, another fight broke out and that relative was able to hold Sotello until police arrived.

Police say his girlfriend also turned herself in and they both confessed to their roles in the crime. Police also add despite the female victim being just 4'11", weighing 100 pounds less than Sotello, and being 18 years older, she was able to successfully defend herself.