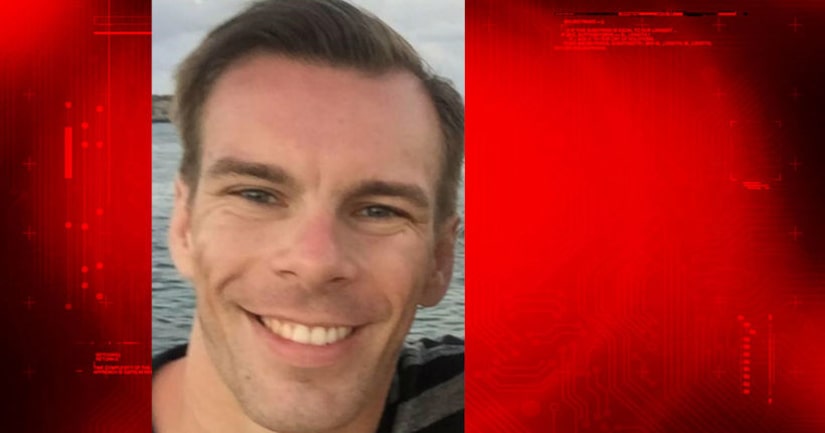 UPDATE May 3, 2017: The Austin police officer who was believed to have staged his own suicide and fled to the interior of Mexico has been arrested in Dallas, KXAN reports .

AUSTIN -- (KXAN) -- Austin police officer Coleman Miller Martin, first reported missing to the department on Tuesday, is now believed to have staged his own death and fled to Mexico.

The Austin Police Department has issued an arrest warrant and filed a criminal charge of false alarm or report, a class A misdemeanor, against the 29-year-old officer, who police believe is still alive.

Casaday says the feeling at the police department went from sadness to anger. “He was trying to scam the system,” he said. “His friends on the department and all of the officers are very disappointed with his actions.”

Wednesday, APD said the then-unidentified officer had been in a state of emotional distress when he went missing. A statewide BOLO — “be on the lookout” — resulted in the discovery of the officer's truck at Lake Amistad in Val Verde County, around 150 miles west of San Antonio.

According to a police affidavit, the officer's wife called 911 on Tuesday, April 25, to report that her husband was suicidal. She told officers that Martin left their house at around 10 a.m. His wife told officers Martin was depressed over the past two days because of family issues.

The two texted throughout the day, police say, and at around 10:15 p.m. Martin sent his wife a text message containing a photo of a handwritten note saying he was going to commit suicide and drown himself in a lake near the border of Mexico. In addition to the photo, Martin left a card at their house saying he needed some time to himself.

A debit card transaction revealed Martin bought rope and concrete blocks from Home Depot. At around 11:50 p.m. Tuesday, detectives with APD's Homicide Cold Case/Missing Persons Unit were called to the house to help with the investigation.

Martin's truck was entered into state and national computer databases and a notification was received that he had been stopped earlier that evening by a DPS trooper on US Highway 90 near Uvalde, Texas at around 6 p.m. According to court documents, Martin told the trooper he was on his way to Mexico for a vacation. The trooper saw bags in his vehicle and noted there was no indication that Martin was “in crisis.”

After a 7 a.m. briefing within the Cold Case/Missing Persons Unit Wednesday, law enforcement with the Lake Amistad National Recreation Area reported Martin's truck had been found near the lake to APD.

A suicide note — the same note he had sent his wife by text the night before — was left on the seat of the unlocked vehicle in plain view. Martin's keys and his wallet with no U.S. currency inside, and a few personal items, were also found inside. His passport was not found.

“When someone does this, you are taking an agency's ability to help someone else out,” said Casaday. Casaday estimates that with the amount of manpower and equipment used, the search for Martin could have cost tens of thousands of dollars.

Detectives say an inflatable raft was found on the shore a few miles from Martin's parked truck near the water. The raft had Martin's name with his date of birth and “date of death” — April 25, 2017 — along with his and his wife's initials written on the side.

Remnants of a concrete block and scrape marks on the side of the boat were also discovered, indicating the blocks were pushed over the edge. Investigators also found a religious cross drawn in the mud with a stick.

Investigators accessed Martin's email account and learned the suicidal message had been sent to his wife Tuesday night at around 10:30 p.m. However, the IP address that accessed the email account was located in Mexico. After 14 hours of searching Wednesday, the agencies ended their search at Lake Amistad for the day and resumed the search Thursday morning.

Detectives learned Thursday that Martin had bought a new HP tablet from Best Buy in Austin on Tuesday at around 2:19 p.m. The tablet, equipped with WiFi capability, was not found in his vehicle by the lake.

Martin had a close relationship with a female who was not his wife, detectives learned. At around 4:15 p.m. Thursday, she told police that Martin was alive and the entire disappearance was his attempt to stage his own death. She said Martin sent her an email stating his plan for a staged death had been successful.

In the email, Martin described how he had intentionally staged the scene with his vehicle at Lake Amistad and then rode a bicycle for eight miles to a convenience store. He then threw his bicycle in a dumpster behind the store and took a taxi to a border crossing. In an interview with investigators, the store clerk remembered Martin's statement that he rode his bicycle from the lake as “odd” and that he appeared sweaty.

Once in Mexico, Martin said in an email from an alternate email address that he took a bus toward the interior of the country. In an internal email sent to APD staff by Interim Police Chief Brian Manley on Friday evening, the chief apparently refers to the female Martin has a close relationship with as the officer's “friend.” Chief Manley described Martin's actions as an “elaborate ruse.”

Anyone with information on the location of Officer Martin is asked to call the Austin Police Department Homicide Cold Case/Missing Persons Unit at 512-974-5250 or 911.