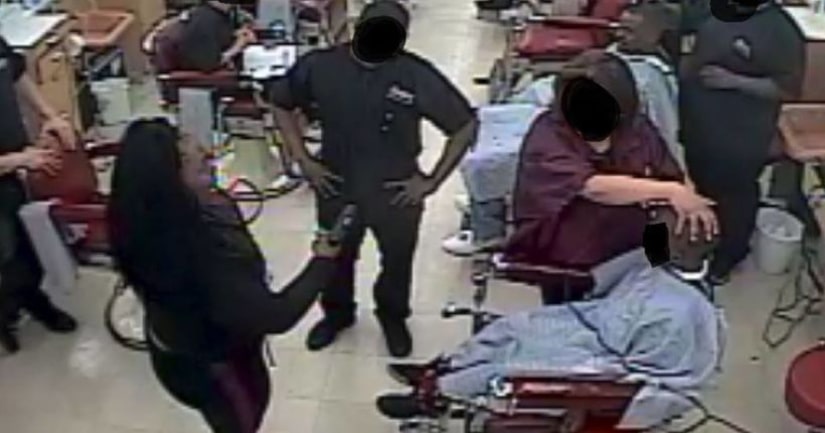 CLEVELAND, Ohio -- (WXIX) -- Police are looking for a woman who pointed a gun at a barber all because her son's haircut was taking too long.

Security video captures her pulling out a gun in at Allstate Barber College on Lorain Avenue in Cleveland on April 14. Police say she threatens the barbers for taking too long to cut her son's hair.

While she pointed the gun at the victim, she allegedly said, "I got two clips. I'll pop you!"

The victim finished the cut and the suspect left with her two children.

"You don't know what people is thinking so yeah, she could have shot me, maybe even shot her son," he said.

The barbers calmed her down and she left the shop with her kids. No one was hurt but they tell me the entire incident was bizarre.

"She shouldn't have pulled a gun out. Her life was not threatened," said Pugh.

They called police but detectives haven't found the woman. Pugh says he can't stop thinking about the woman's son, sitting there in the chair.

Owner Michael D'Amico says the barbers did everything they could. He's been in business since the 1960s and says he doesn't want people to fear coming to his barbershop. He wants this angry mother off the streets.