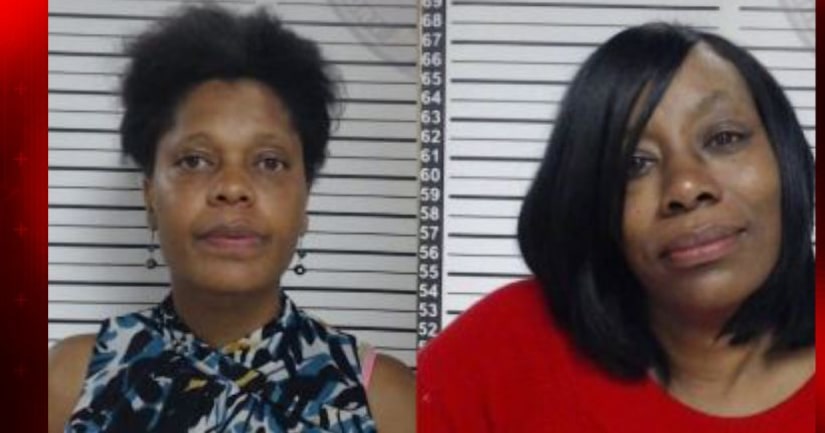 WASHINGTON, La. -- (WGNO) -- Two teachers in St. Landry Parish are under arrest, accused of threatening to fail students if they didn't fight one of their classmates.

One of the two teachers from Washington Elementary, about 40 minutes north of Lafayette, also told the 11-year-old victim to “go and kill yourself” because she didn't like the student's mother, according to a report from KATC.

The St. Landry Parish Sheriff's Office started investigating the case after receiving a complaint from the victim's mother.

Detectives interviewed students who said one of the teachers, 44-year-old Ann Marie Shelvin, told the girl that if she didn't fight with her classmate, Shelvin would stop helping her with her classwork, just like she stopped helping the 11-year-old victim the teachers are accused of bullying. She also told the student she would fail seventh grade.

The student said she was forced to start an altercation that ended with several students being sent to the principal's office.

At one point last year, Shelvin was escorted off of school grounds after one girl reported that she was making students fight their classmate.

That's when another teacher, 50-year-old Tracy Gallow, took over the classroom and allegedly started yelling and pushing one of the students for reporting Shelvin.

Video footage also shows Gallow on two occasions pushing the student on the school bleachers to stop her from leaving the gym.

Gallow has been booked into the St. Landry Parish Jail on charges of malfeasance in office, simple battery, intimidation and interference in school operation.