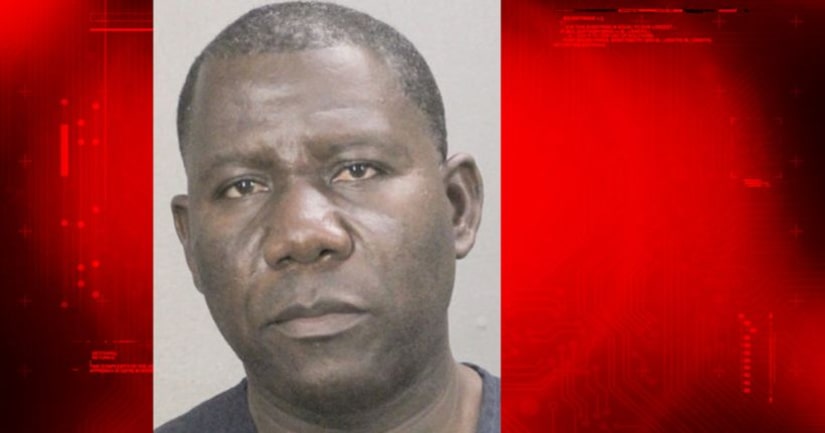 HOLLYWOOD, Fla. -- (WPTV) -- A Hollywood man beat his wife to death with a pipe wrench while their four children were home after learning she was pregnant with another man's baby, police said.

Claude Sejour, 48, was arrested Wednesday on a charge of premeditated homicide in the killing of 40-year-old Marie Carmel Joseph, Hollywood Police said.

Authorities said an officer responded to the couple's home on the 5900 block of Thomas Street Wednesday night after Sejour called 911 and said he killed his wife and was waiting outside for police.

An officer found Sejour outside the home with blood on his hands and cheek, according to a police report. Sejour told the officer that his wife had called her boyfriend, put the phone on speaker and the boyfriend revealed she was carrying his child, the report said.

"I did it. I finished her and called the police and went outside. I'm not crazy," Sejour told the officer, according to the report.

Inside the home, officers found Joseph's body. She had severe trauma to her face and head, police said. Sejour told investigators that he hit her with a pipe wrench during an altercation.

The couple's four children, who range in age from 17 to 4, were also inside the home. The children are staying with a family member, the report said.

FULL STORY: Cops: Broward man beat wife to death with wrench after being told she was pregnant by boyfriend - WPTV