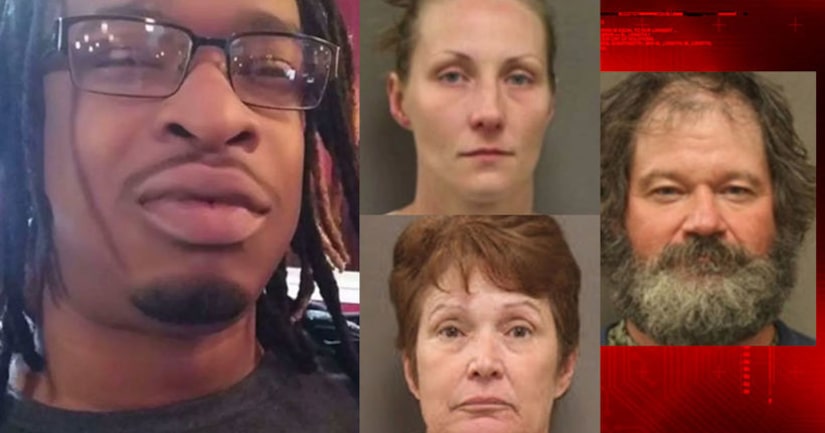 WARRENSBURG, Mo. -- (WDAF) -- Johnson County, Mo. prosecutors filed charges on Monday against two people they believe helped a woman kill her husband near Knob Noster and dispose of his body.

Prosecutors charged Ricky Wayne Armstrong and Margaret Heffernan with tampering with physical evidence in a felony prosecution. Heffernan was also charged with abandonment of a corpse.

According to charging documents, Armstrong and Heffernan, "concealed the body of Javon Donahue with the purpose to impair its availability in the investigation of the homicide of Javon Donahue."

Heffernan is described as Javon's mother-in-law. Her daughter, Jema Donahue, is facing eight charges in the death of her husband. Her bond has been set at $250,000.

Court documents show that Jema Donahue admitted to killing her husband two weeks ago, and go on to indicate that her mother and Armstrong then dumped his body, which was found on a farm near Warrensburg this weekend.

During a police interview Saturday morning Donahue admitted to shooting her husband in the basement bedroom of a home she shared with her parents on Friday, April 14.

Then, court documents state - her mother and Armstrong dumped that body about 20 miles away. A tip led investigators to the scene last Friday, the 21st. Investigators say she confessed the next morning.

Several of Donahue's friends say they suspected her husband physically and mentally abused his wife, and neighbors say sheriff's officers had been called out to the Knob Noster house in recent months.