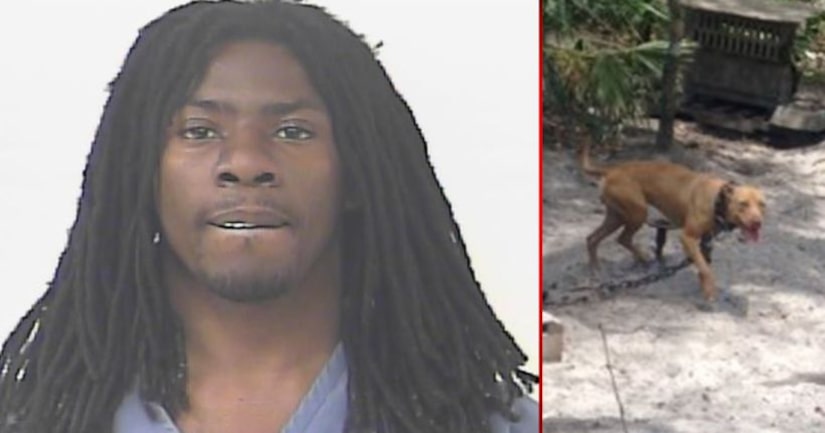 31-year-old Charles Linear Cunningham, Jr. was arrested in connection with the April 19 investigation of 22 abused and malnourished dogs located on Angle Road in Fort Pierce.

According to the sheriff, information gathered in the investigation identified Cunningham as the spouse of Shayla Wade who was arrested on April 19.

Sheriff Mascara says the dogs, most of which were Pit Bulls, were located by the property owner who does not live at the home and called 911 upon finding them.

“The scene was absolutely disgusting,” said Sheriff Ken J. Mascara. “The dogs were tied up with heavy chains around the necks, very tight-fitting collars, had no source of water or dog food and were covered in mange and sores. Two were unable to walk and had to be taken to emergency treatment on a stretcher.”