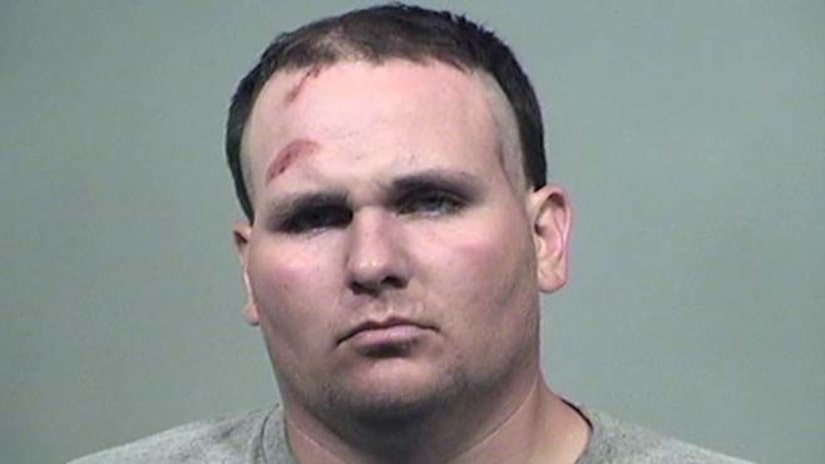 LIBERTY, Ohio -- (WKBN) -- The man accused of murdering an elderly Liberty woman told a co-worker that he may have killed someone and asked him to “pinkie swear” not to tell anyone, according to court documents.

Sean Clemens is charged with aggravated murder, robbery and burglary in the killing of 84-year-old Jane Larue Brown, who was found dead in her Liberty home early Monday morning.

According to the affidavit filed by prosecutors Tuesday, Clemens told a co-worker that he had beaten someone up and cut that person's throat. The co-worker told investigators that Clemens made comments that he was going to spend the rest of his life in jail and made him “pinkie swear/promise not to divulge any of the information he had told him.”

Clemens made the comments during a drive to the methadone clinic, where Clemens went for treatment, the affidavit said. The two later went to work.

The co-worker told investigators that he first thought Clemens may have gotten into a fight with an unknown man but later questioned the statements that he made.

According to the co-worker, Clemens told him to throw out a Samsung mini tablet and later threw it out of the car window during the drive.

The affidavit also details evidence that police said they collected from Brown's home, as well as the home of Clemen's.

Police said Brown was found dead in the home, appearing to have been stabbed and beaten. Missing was a flat screen TV, and the house was ransacked.

Investigators noted that the back sliding glass door of Brown's home on Churchill Hubbard Road and been smashed, and a sledgehammer was found nearby. Her 2017 Cadillac SUV was found burning in a grass alley between March and East Drive, and a gas can was nearby, according to court documents.

Officers canvassing the neighborhood for witnesses went to Clemen's home across the street, at 420 Churchill-Hubbard Road. Court documents say investigators found the back breezeway door open and blood on the door.

A search of the home discovered the stolen flat screen TV with blood on it and other items, including half of a $10 bill with blood, the affidavit said. Police said the other half of the $10 bill was in Brown's home.

Clemens, who was arrested when he returned to the area and parked in a neighbor's driveway, was found to have injuries to his head and arm, prosecutors detailed.

The court records say Clemens admitted during questioning that he broke into Brown's house with a sledgehammer and beat her with a garden shovel while she was in bed. He then used the knife, according to the affidavit.

Investigators said there were some injuries that showed she may have fought back.