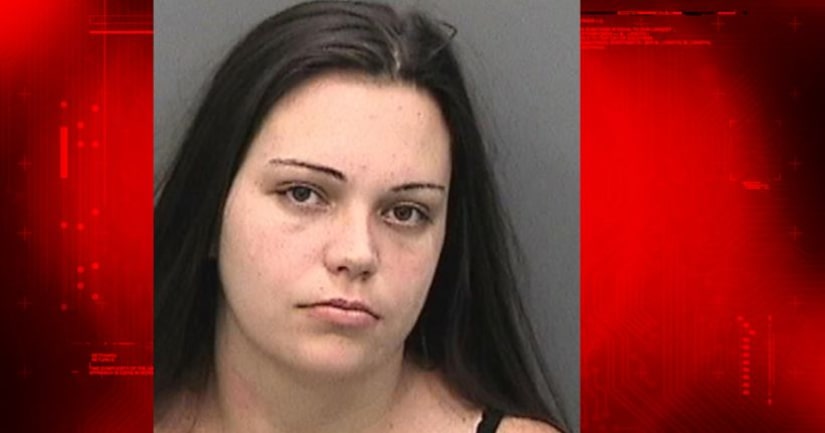 TAMPA, Fla. -- (WPTV) -- A Tampa woman has been arrested after she reportedly left her infant in the car while she went inside of the Hillsborough County Courthouse to pay a fine on Friday, April 21.

Brandi Guggino, 23, was arrested Friday on a child neglect charge.

Friday afternoon, an off-duty Plant City police officer was flagged down by concerned citizens who noticed an infant left in an unattended vehicle. The police officer observed the infant sitting inside of the black vehicle that was turned off and says the infant was showing signs of distress. The infant was red, sweating and rubbing her eyes.

The police officer got into the vehicle and removed the baby from her car seat. The infant was then placed in the officer's air-conditioned vehicle until Tampa Fire arrived on scene.

The infant eventually cooled off and the mother, Guggino, returned to her vehicle at 12:28 p.m. She told officers she didn't take the baby with her because she was asleep. Guggino went inside of the Hillsborough County Courthouse to pay a fine but says she didn't expect to take so long.