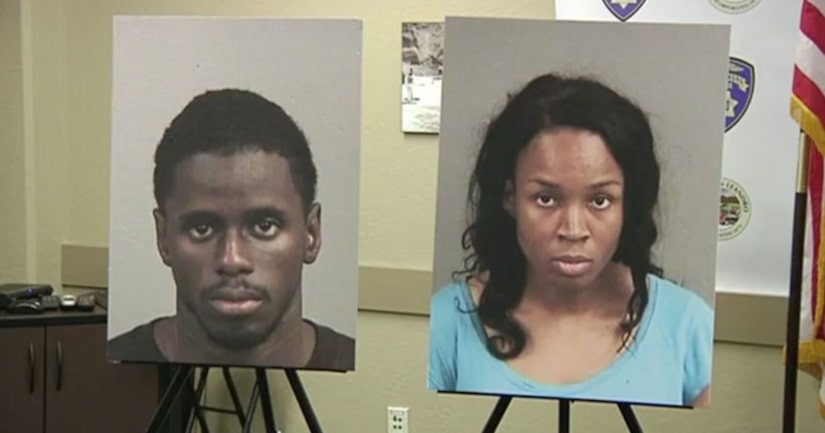 SAN LEANDRO -- (KRON) -- Two people were arrested for allegedly attempting to shoot an 11-month-old baby in San Leandro on Monday, according to police.

The shooting happened around 2:30 p.m. inside of a McDonald's restaurant located at the downtown Washington Plaza.

Marcel Brooks and girlfriend Adanna Ibe, both of Antioch, were arrested for the alleged attempted murder.

Brooks is the father of the baby.

Ibe allegedly pulled the trigger, according to police.

Police say it was “a miracle that she missed” the baby because the shot was fired from one foot away.

One shot was fired. No one was injured.

Police believe that the suspects conspired to kill the 11-month-old baby.