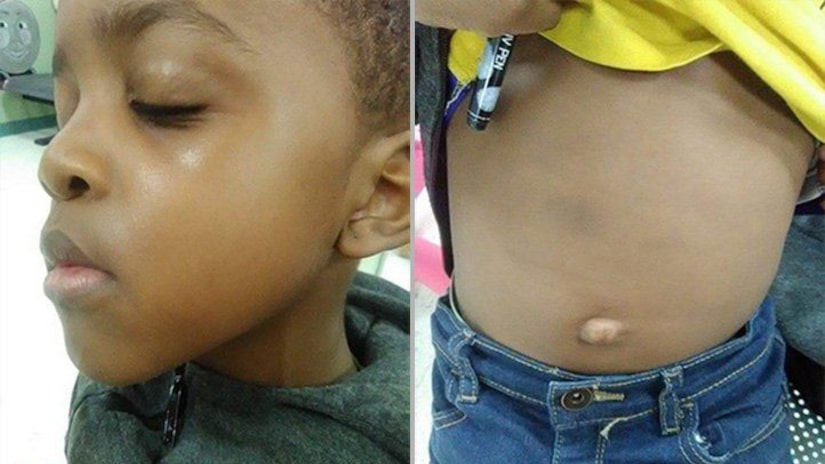 BROOKLYN, N.Y. -- (WPIX) -- The principal at a Brooklyn elementary school is accused of pulling a young student from class then beating him in the hallway because the child was allegedly being disruptive, authorities and sources said.

Machael Spencer-Edwards, 42, was arrested Tuesday, police said. He is the principal at P.S. 202 in East New York.

A police source told PIX11 News Spencer-Edwards took a 7-year-old student out of a classroom and into the hallway where he allegedly kicked and hit him, apparently because the boy was disrupting class. The alleged encounter happened on March 13 and was reported to police three days later on March 20.

Spencer-Edwards faces charges of assault and acting in a manner injurious to a child, police said.

The principal has been removed from the school and now is working “away from students,” according to the city's Department of Education.

“This alleged behavior is deeply disturbing, and has no place in our schools. This principal has been removed from the school and reassigned away from students,” the agency said in a statement. “We are providing additional guidance and ongoing support to the school community.”