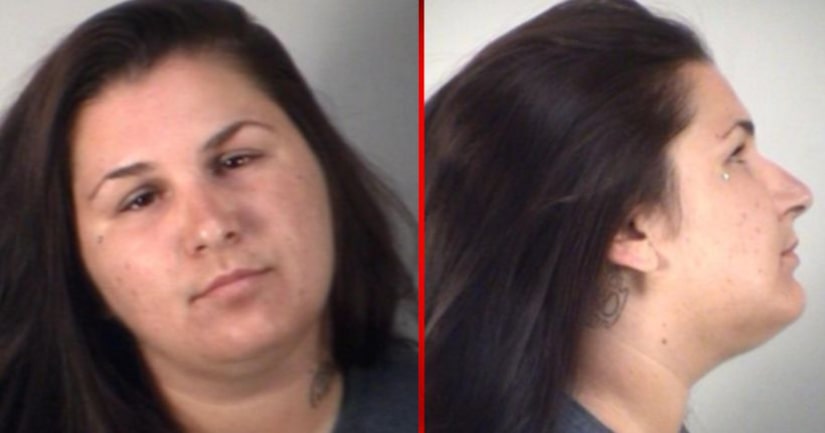 UMATILLA, Fla. -- (WKMG) -- A Florida woman who had been drinking smashed a windshield, broke a window and beat the hood of a truck after her long-term boyfriend called her fat Saturday night, according to the Lake County Sheriff's Office.

Kari Corwin admitted to deputies that she caused thousands of dollars worth of damage to the company truck her boyfriend drives, the report said. She said the argument began when her boyfriend of three years called her "fat."

Corwin, 25, grabbed a tire iron and threw it at the windshield, then grabbed a metal yard decoration and slammed it hard enough to dent the hood of the truck, deputies said. After that, she took a garden hose with a sprinkler attached and threw it through the glass of the passenger side window, deputies said.

The damages total approximately $2,350 and the owner of the truck intends to prosecute, according to the report.