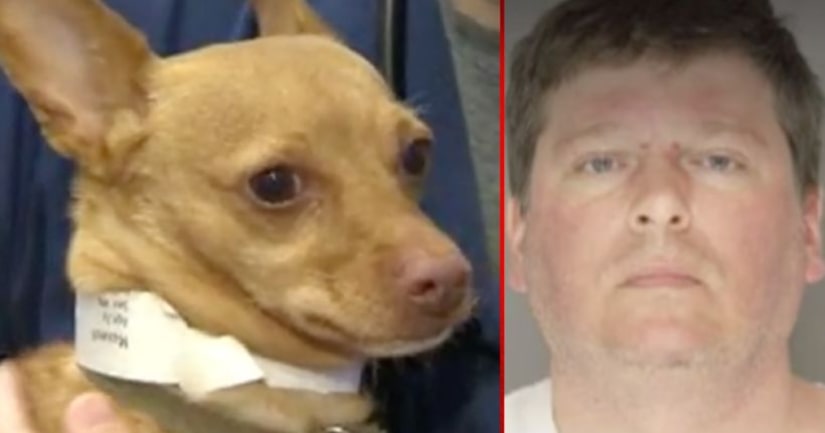 BETHEL PARK, Pa. -- (KRON) -- A Chihuahua was taken to an emergency veterinarian in the Pittsburgh metro area after drinking spilled liquor and showing signs of alcohol poisoning. Police said it happened inside a car with a suspected drunken driver behind the wheel.

Dimitri Brown of University Veterinary Specialists, said, “A gentleman was intoxicated in a car and I guess had vodka in the car that spilled and Maxwell got into it and drank some.”

That gentleman, 44 year old Thomas Bloedel of Mount Lebanon found Thursday afternoon behind the wheel of his vehicle on Cypress Drive in Bethel Park, he was heavily intoxicated, so too was Maxwell.

Brown said, “Evidence of poisoning from the alcohol he was stumbling around like a person who was drunk. His pupils were dilated.”

According to Bethel Park police on scene, Bloedel threatened to shoot and kill the arresting officers, before being arrested.

Maxwell was taken to the vet in McMurray, and treated overnight.