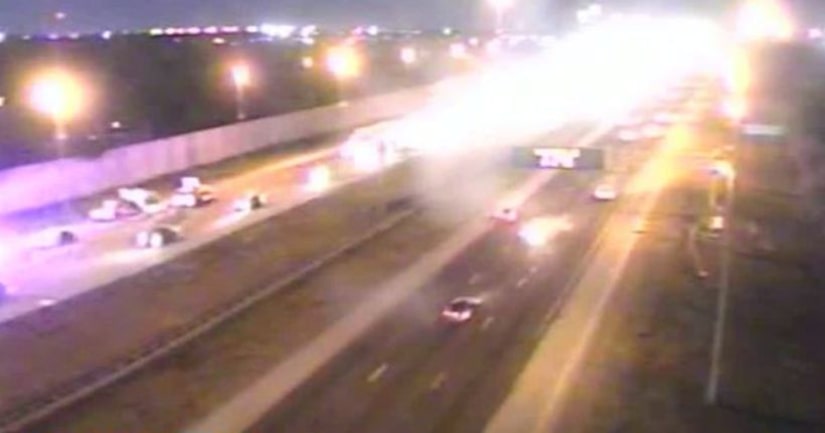 TAMPA -- (WPTV) -- A 14-year-old boy has been charged with driving without a license and causing a traffic crash that injured seven people on Interstate 4 in Tampa Saturday night, authorities said.

The Tampa teenager, whose name is not being released because of his age, was behind the wheel of a 2000 Ford Explorer heading westbound on I-4 near Mile Marker 4 about 7 p.m.

The incident occurred when the driver of the Explorer attempted to change lanes and overcorrected to avoid a collision, Florida Highway Patrol spokesman Sgt. Steve Gaskins said in a news release. The Explorer went of out control, left the road and slammed into a barrier wall.

The driver and six others were injured in the single-vehicle crash. The passengers included two adults and four children, ranging from 3 to 16 years old.

A 16-year-old from Tampa had minor injuries.

The kids involved are OK and have been discharged. The adults, however, in serious condition.

Parts of I-4 were shut down for several hours. So, why was a 14-year-old behind the wheel? His aunt, Aimee Rossiter, told WFTS-TV they were teaching him how to drive.

"I feel nervous. I feel scared," she said of her family in the hospital.