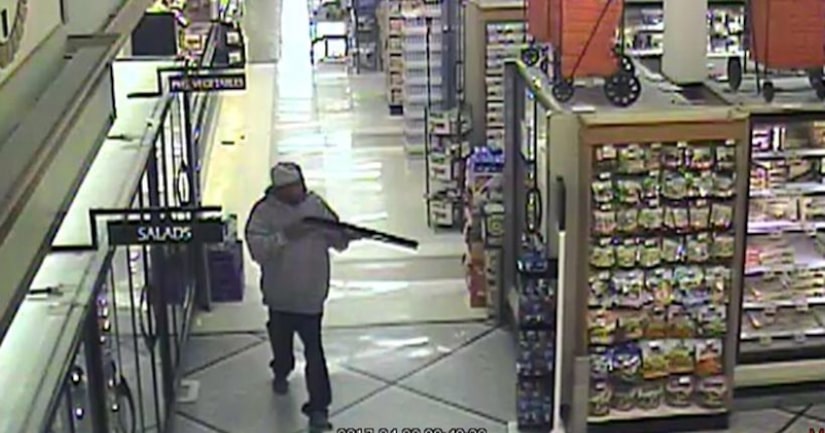 LOS ANGELES -- (KTLA) -- A man who walked into an Ontario grocery store with a shotgun was killed when officers opened fire Sunday night, police said.

Police received multiple calls from customers reporting a man with a shotgun had walked into the store, Ramirez said.

Police found the man, who was still armed with a shotgun, and an officer-involved shooting occurred, Ramirez said.

The man, who has not been identified, died inside the store, Ramirez said.

It was unclear why the man entered the store and why he brought a shotgun.

No officers, employees or customers were injured in the incident.

Anyone with information regarding the incident was asked to call the Police Department at (909) 986-6711.