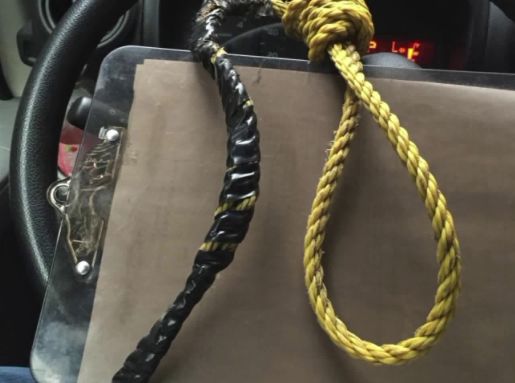 WPIX
WPIX - "Members of the National Action Network plan to hold a rally for tolerance in front of the market Friday."

NEW YORK -- (WPIX) -- The owner of a famed West Village butcher shop is being investigated after he allegedly gave a noose to a black delivery man, police sources said.

A 36-year-old deliveryman with Monser Family brands was delivering meat to Ottomanelli & Sons Meat Market on Bleecker Street on Tuesday when the store's owner told him he had a present for the delivery man, police said.

"If you are stressed at work you can put this around your neck and ease the pain," he allegedly told the delivery man.