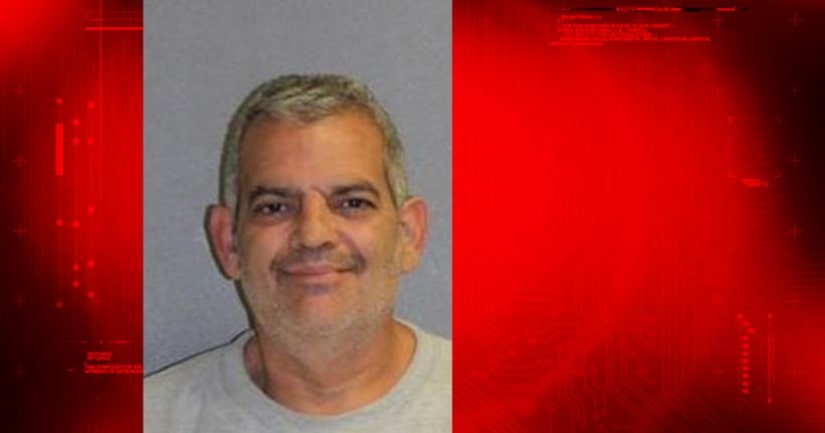 HOLLY HILL, Fla. -- (WKMG) -- Police arrested a man accused of restraining a woman he met online with zip ties and attacking her inside his truck at a bank in Holly Hill Thursday, police said.

A woman told Holly Hill police that Ricardo Martinez, 48, hit her in the head, face and body multiple times and tied her hands behind her back using zip ties so that she couldn't leave, according to a police report. She also said she couldn't breathe because Martinez strangled her, and that he threatened to kill her, police said.

Holly Hill police said the pair had been living together for six weeks prior to Thursday afternoon's attack. According to the report, the woman told police that she met Martinez six weeks ago through a Craigslist ad that requested friendship and companionship. After the online encounter, the pair met at a home in Holly Hill and began a friendship. The woman said Martinez wanted the relationship to escalate to a sexual one, but she declined, saying she just enjoyed the companionship, police said. She also told police that she told Martinez she was addicted to narcotics and wanted help to get off of them, according to the report.

Police said the friendship between the two continued, but Martinez still wanted to have sex with her and she continued to decline. Martinez had been giving the woman drugs that she continued to use, according to the report.

The woman, who said she thought everything was good between them, agreed to meet Martinez in the parking lot of a Wells Fargo bank on Ridgewood Avenue Thursday, police said. Once she arrived, she entered Martinez's truck, which is when she said he attacked her by climbing on top of her and punching her several times, and then tied her up and choked her, according to the report.

Police said a Volusia County deputy pulled behind Martinez's truck within a few seconds. Martinez then cut the zip ties and the woman got out of the truck and told deputies what happened, police said. Holly Hill police then arrived at the scene.

A Holly Hill officer who spoke with the woman said she had cuts and abrasions that looked consistent with defensive wounds and bruises and marks on her wrist that appeared to be from zip ties, the report said. The officer also said a cut zip tie was found in the front passenger seat of Martinez's truck.