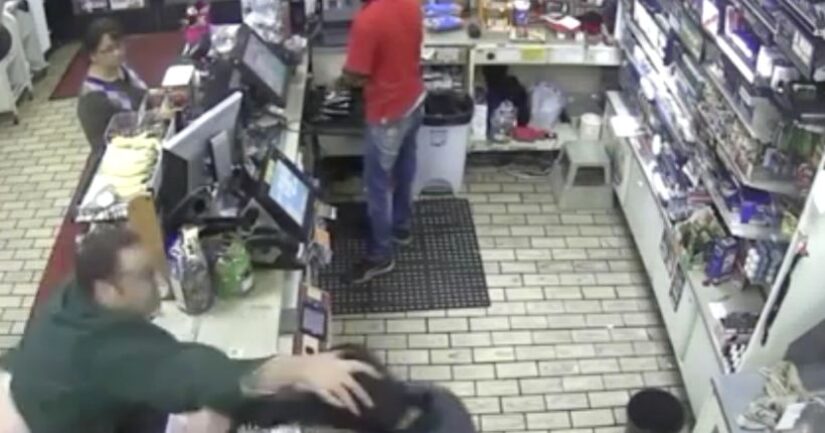 SANTA ANA, Calif. -- (KTLA) -- Santa Ana police Wednesday released surveillance video showing a man who assaulted a 7-Eleven employee after his credit card was declined as they sought the public's help in locating him, authorities said.

The incident occurred inside the 7-Eleven located at 902 W. First St. on Feb. 11, according to a Santa Ana Police Department news release.

The man was trying to purchase a pack of M&M candy when his credit card was declined, causing him to get angry, police told KTLA.

Video showed the customer reaching over the counter and hitting the employee on his head. He then violently pushes a cash register and printer off the counter, and shoves a basket of bananas to the floor.

After, customer walked over to the end of the counter where he threw bananas at another employee and pushed a second register off the counter, police said.

His actions caused an estimated $700 of damage to the store, police said.

"Based on his actions over a 75 cent-bag of M&M's, I'm not sure what his reaction would be to something that's really serious,” Cpl. Anthony Bertagna said about the man.