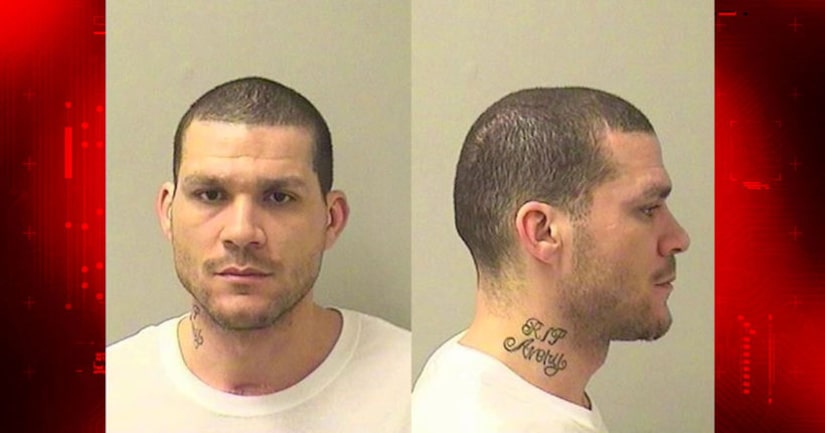 AURORA, Ill. -- (WGN) -- A manhunt is underway for a suspect who fled a suburban hospital where he was being treated for his injuries.

Monday, police in Aurora were pursuing him when he crashed a vehicle he was driving and ran from police.

Cole was arrested and surrendered only after an officer threaten to use a Taser.

Cole was charged with several felonies including leaving the scene of an accident, aggravated reckless driving and driving on a revoked license.

On Tuesday, Cole simply left the Aurora hospital where he was taken after the crash. A warrant has been issued for his arrest.

Police describe Cole as a white male, 6'3", about 210 lbs., with a cursive-style tattoo on his neck.

Anyone with any information is asked to call the Kane County Sheriff's Department.

FULL STORY: Manhunt underway for suspect who walked out of suburban hospital - WGN