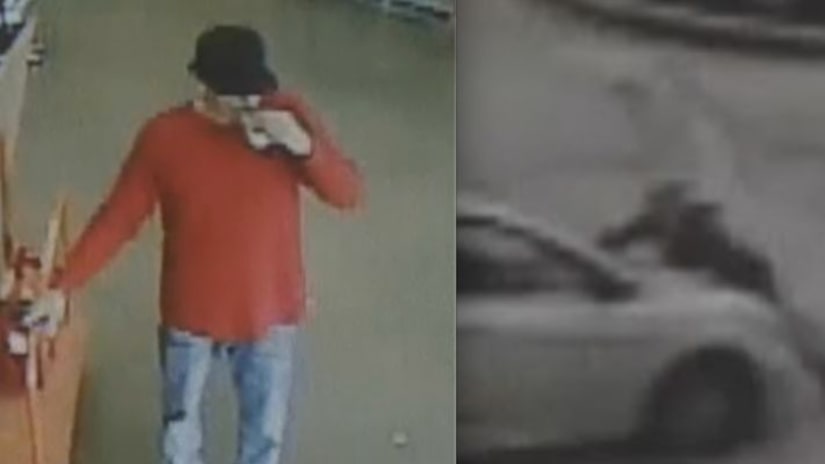 CRESCENT SPRINGS, Ky. -- (WXIX) -- Erlanger Police are asking for the public's help in finding the driver of a silver car who they said hit a Home Depot employee after stealing merchandise from the store.

The victim is at UC Medical Canter recovering from her injuries.

The incident happened at the Home Depot parking lot in the 500 block of Clock Tower Way in Crescent Springs.

In the video, you see a man in a red shirt and hat attempt to hide a toolbox by a large piece of plywood.

Next, police said the man grabbed a cup of coffee and ran out the door with the merchandise.

An asset recovery team member was not fooled by what the man was up to, Erlanger Police told FOX19 NOW.

According to police, the employee had her eye on him the entire time, and when he made his move she dashed out to go after him.

The next part of the video shows the woman clinging to the hood of the car after police said the man hit her with it. The silver car, which police believe is a newer model Hyundai Accent, stops and the woman falls off.

The car then backs up and takes off.