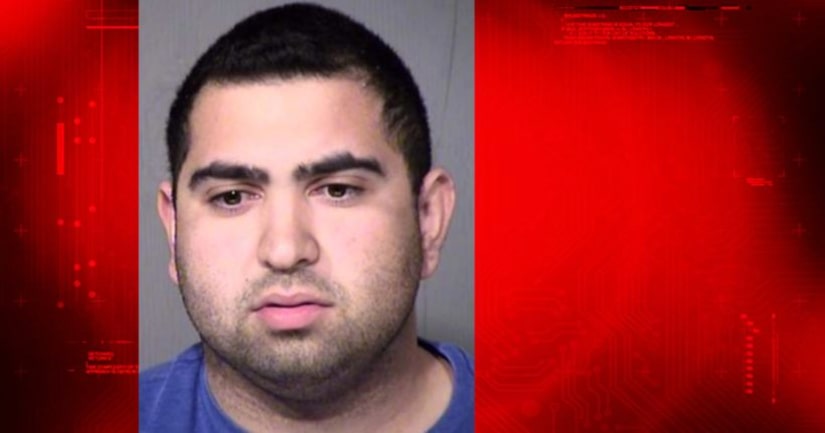 CHANDLER, Ariz. -- (KNXV) -- A Chandler man has been arrested after a 3-year-long 'sextortion' scheme.

Chandler Police report that in November of 2013, Devon Raj Sharma, 22, who worked with the victim, used a series of fake Facebook profiles to contact the victim. One of those fake profiles was that of "John Clark", a male model.

"Clark" requested photos of the victim's face and eventually, over time, asked for pictures of the victim performing various sex acts.

Police say in December 2016 the victim received a Facebook message from Sharma saying he found the pictures posted on the "Dark Web" and offered to remove the photos for a large sum of money. The victim informed him that she didn't have the money, but Sharma offered to help her anyway.

Sharma instructed the victim to return "Clark" to her Facebook friends list and contact him. A deal was worked out with "Clark" agreeing to take down the pictures if he was sent a video of Sharma and the victim having sex. After getting the first video, "Clark" requested more videos of them "participating in specific sex acts."