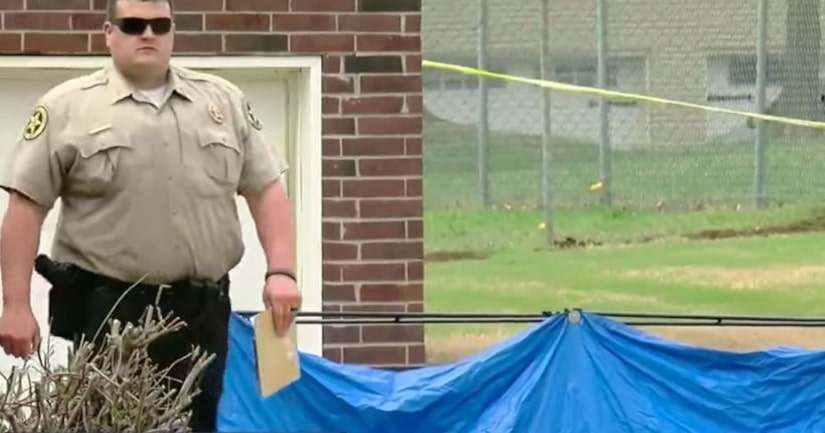 BROKEN ARROW, Okla. -- (KXAN/AP) -- Oklahoma authorities say three would-be burglars have been fatally shot by a homeowner's adult son who was armed with an AR-15 rifle.

The Wagoner County Sheriff's Office received a call around 12:30 p.m. Monday from someone inside a home who told dispatchers that people had broken into the house and that shots had been fired.

Deputy Nick Mahoney says officers arrived to find three men fatally shot. The neighborhood is in an unincorporated part of the county about 20 miles southeast of Tulsa.

Mahoney says the men were wearing black clothes, gloves and masks when they forced their way in through a back door. The 23-year-old son of the homeowner then fired on them with an AR-15, officials said.

“Upon making entry to the home one of the residents fired a rifle striking all three of the suspects,” the sheriff's office statement said.

The intruders, a 16-year-old, a 17-year-old and a man thought to be 18 or 19, were wearing gloves, masks and all black clothes, deputies told Tulsa World. One of the teens was armed with a knife and the other with brass knuckles.

Two of the intruders died inside the home. The other “was able to run to the driveway before succumbing to his injuries,” the police statement said.

Mahoney says there's no reason to believe the son knew the intruders and that investigators are treating the case as a home invasion.