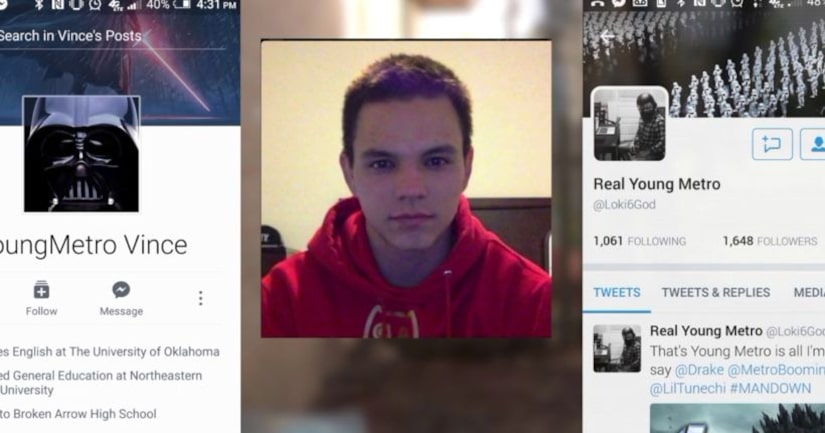 NORMAN, Okla. -- (KFOR) -- A University of Oklahoma student appears to have sent messages about murder and bullying, before police believe he opened fire on a fraternity house and took his own life.

Norman Police say initial evidence points to Vincent Robert Valentin, 21, as the man who fired two rounds at the frat and one more inside his vehicle. He also threw a hatchet once confronted by members of the fraternity, at which point he ran from the scene and committed suicide, police said.

Several tweets the morning before from what appears to be Valentin's Twitter account mention murder and violence.

Valentin's SoundCloud page contains his legal name as well as the name on the Twitter account. Both match a Facebook page belonging to an OU English major. Valentin is a junior according to the school directory.

Norman Police believe Valentin had some connection to the Walmart where it all began and the fraternity, which he gave a one-star rating on Facebook.

"As far as the exact nature of that connection, that's still under investigation," said spokeswoman Sarah Jensen. "We do know they were aware of each other and they had had some prior issues."