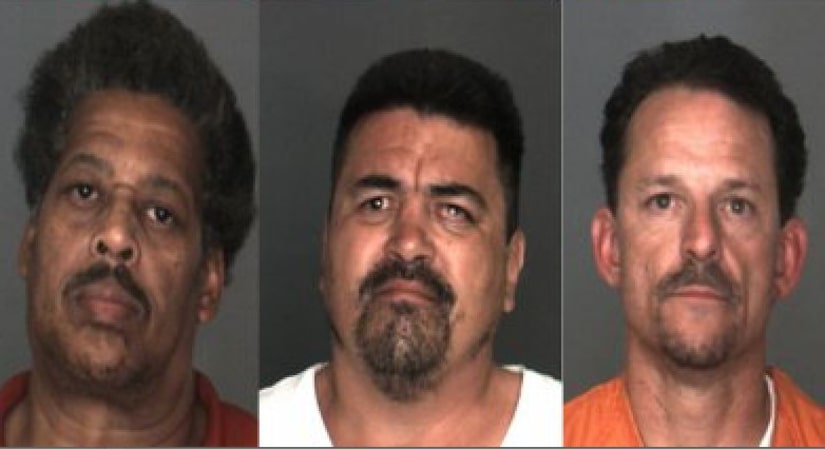 SAN BERNARDINO COUNTY, Calif. -- (KTLA) -- Three men were arrested on Friday after they were accused of committing sex crimes with two underage girls, according to the San Bernardino County Sheriff's Department.

Antonio Alvarez, 37, Melvin Pilgrim, 62, and Jeffery Raynor, 45, were arrested in connection with unlawful intercourse with a minor, oral copulation and penetration with a foreign object.

The girls' mother learned that her daughters had been sexually abused by several family members over a period of several years and contacted authorities in January 2017, according to the SBSD.

Both daughters were allegedly sexually abused by Alvarez, Pilgrim and Raynor, deputies said in a press release.

The San Bernardino District Attorney's office is reviewing the case to determine if any criminal charges will be filed.