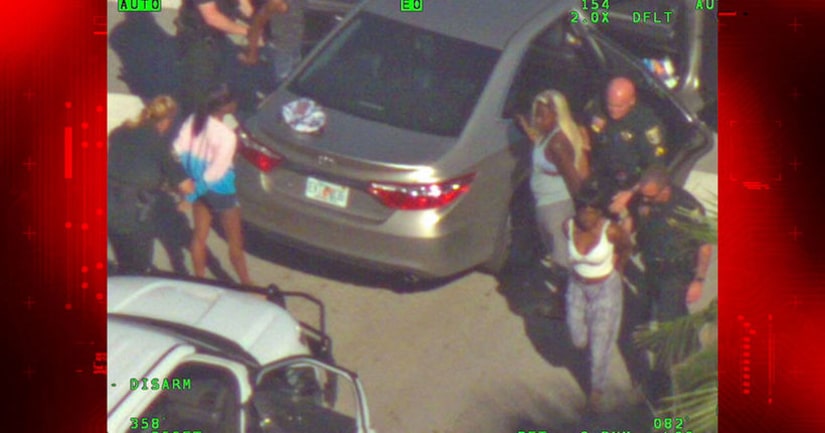 MIAMI -- (WPTV) -- Four Miami and Broward county women, suspected of stealing hundreds of dollars of liquor in Martin County, offered to pay for it after Martin County deputies pulled them over, according to the sheriff's office.

Deputies didn't take up the reported offer and ended up arresting the group.

Investigators say they are suspected of stealing Ciroc Apple and Peach Vodka and Hennessy Cognac from Palm City retail stores.

Based on witness descriptions deputies spotted the car the group was in and found the liquor after a traffic stop, the sheriff's office said.

Bond was set at $40,000 each for Mobley, Fulton, and St. Louis. Deputies also charged Kimberly Williams with driving without a license. Her bond is $45,000.