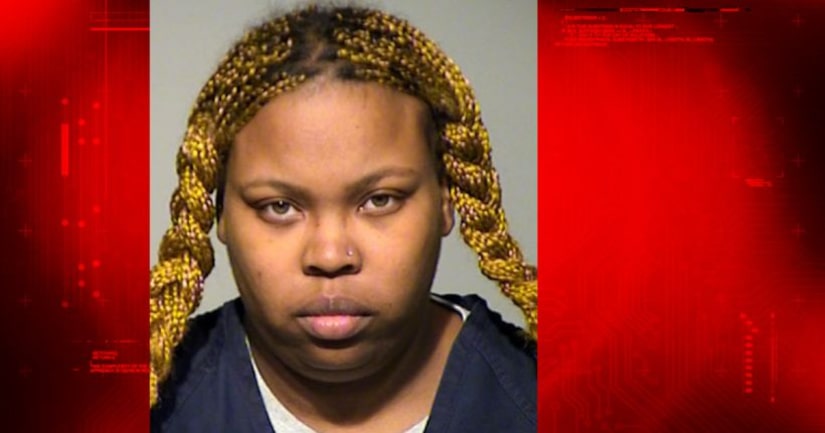 Dominique Lindsey is charged with one count of physical abuse of a child, repeated acts causing great bodily harm, for alleged actions that took place between December of 2016 and March of 2017.

According to a criminal complaint, investigators responded to Children's Hospital for a child abuse complaint involving a three-month-old boy, who had suffered numerous fractures to both arms and legs, and a torn upper frenulum in his mouth.

"This is horrifying. It's really tragic," Susan Conwell, executive director of Kids Matter said. "If anything, we should look at it as a call for good people, patient people to step forward and become foster parents. Foster care is supposed to be a guarantee of safety,"

CPS officials said they had received a report on March 13th that Lindsey had been abusing her foster child.

At a home near 105th and Dean, the complaint says video was observed by CPS investigators, showing Lindsey "forcefully pushing a pacifier into (the boy's) mouth" and "forcefully pulling him out of a car seat."

CPS officials called police and took the child to Children's.

The complaint states that Lindsey had been given custody of the three-month-old boy and his sister, who will turn two in July, at birth. They were taken from their biological mother due to drug addiction and her inability to care for them.

FULL STORY: “These kids are getting on my nerves:” Woman accused of severely abusing 3-month-old foster child - WITI