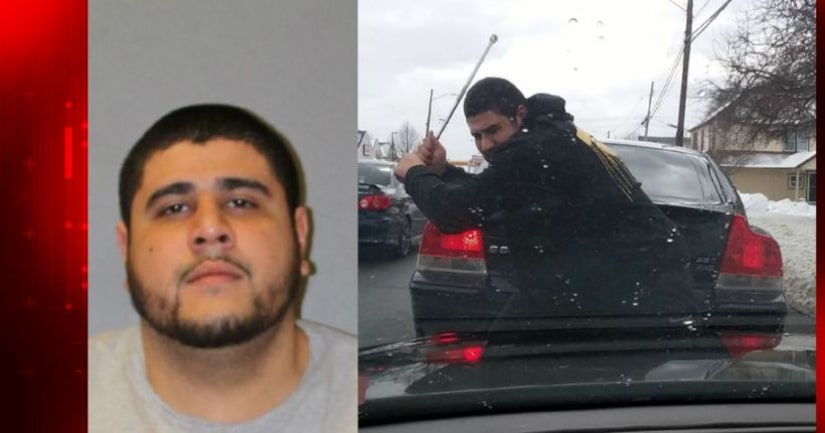 WEST HARTFORD, Conn. -- (WTIC) -- Police in West Hartford have made an arrested in a road rage incident that occurred as people were cleaning up from last Tuesday's blizzard.

On Wednesday, March 15, the West Hartford Police Department were called to the area of 433 New Park Ave. The caller said she accidentally splashed the suspect with snow and slush as she drove by. The suspect proceeded to get in his car and chase after her. Then, he pulled in front of her and blocked her path.

That's when, she told police, he got out of his car, grabbed a crow bar from his trunk and began hitting her car several times. The suspect was screaming obscenities at her during the incident, according to police. Then, he took off down New Park Ave.

The woman wasn't hurt, but her car, a 2002 Mazda, had damage to the hood, her driver's side head light was cracked, and her rear passenger side tail light was also cracked.

A week later, on Tuesday, March 21, police issued an arrest warrant for Mark Diaz, 23, of Hartford. He turned himself into police.