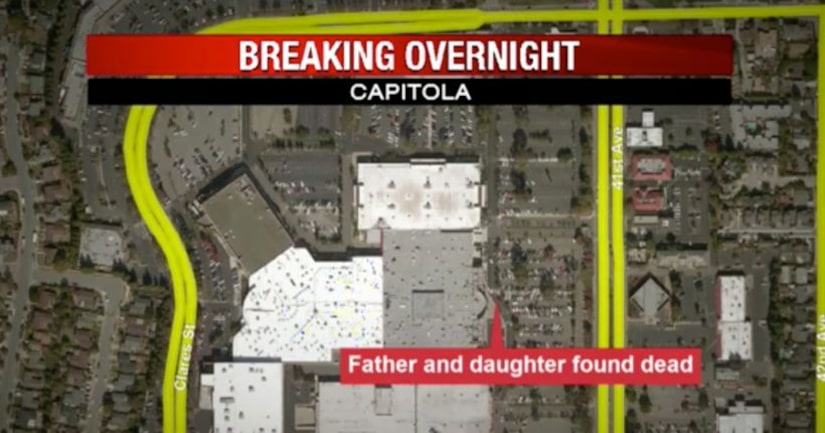 CAPITOLA, Calif. -- (KRON) -- A 36-year-old man killed his 8-year-old daughter then himself Sunday afternoon while sitting in a parked car near the west entrance of the Capitola Mall, police said.

According to Chief Terry McManus, the wife of the 36-year old called police around 3:15 p.m., concerned that her husband was going to commit suicide.

The wife also informed police that the 8-year-old was with him.

When police arrived at the mall they found the 36-year man dead in the driver's seat. The 8-year-old's body was in the passenger seat suffering from what looked like gunshot wounds, McManus said.

Medical crews tried to save their lives, but both victims died at the scene, according to police.

The incident remains under investigation and the identities of the man and his daughter are not being released at this time.