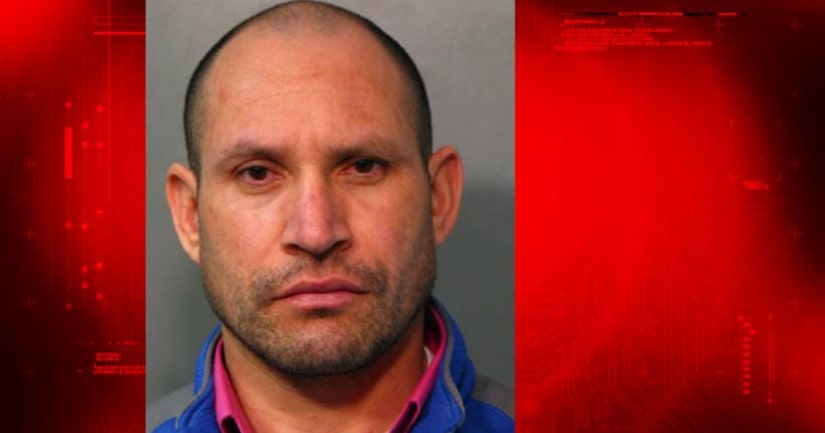 WESTBURY, N.Y. -- (WPIX) -- A Westbury man was charged with public lewdness after police say he exposed himself in the parking lot of Babies “R” Us in February.

The incident occurred on Feb. 21 in the parking lot of Babies “R” Us located at 1350 Corporate Dr.

Police say the woman, 35, was sitting in her car eating lunch when she witnessed a car pull up two spots away from her.

Before driving away and calling police, the woman took a photo of the car.

Detectives arrested Fredys Santamaria, 39, on Mar. 18. According to police, Santamaria was carrying his son and refused to comply with police when they tried arresting him.

He was eventually placed into custody without harm to the young boy.