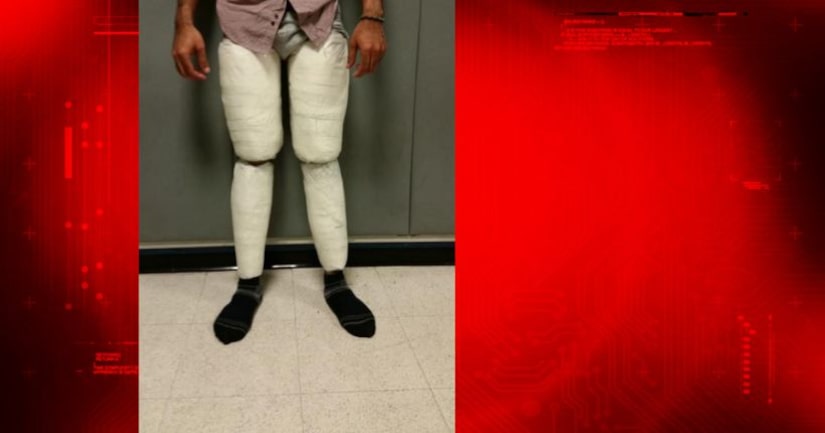 NEW YORK -- (WPIX) -- A man with a nervous demeanor and suspiciously tight clothing was detained at JFK last week after officials found $164,000 worth of cocaine “busting out of his pants,” U.S. Customs and Border Protection said Friday.

Luperon, a U.S. citizen, “exhibited numerous signs of nervousness” during the examination, “and his pants appeared to be rather snug,” a news release from the agency states.

He was then taken to a private search room, where officers conducted a physical search and allegedly discovered packages taped around both of his legs.

The white powder inside later tested positive for cocaine.

In all, Luperon had 10 pounds of cocaine with a street value of more than $164,000, according to the agency.

“Fortunately this is not the first time U. S. Customs and Border Protection officers in New York have seen this concealment method,” the agency stated, noting why officials knew to inspect him further.

FULL STORY: Man with $164K worth of cocaine 'busting out of his pants' caught at JFK: officials - WPIX