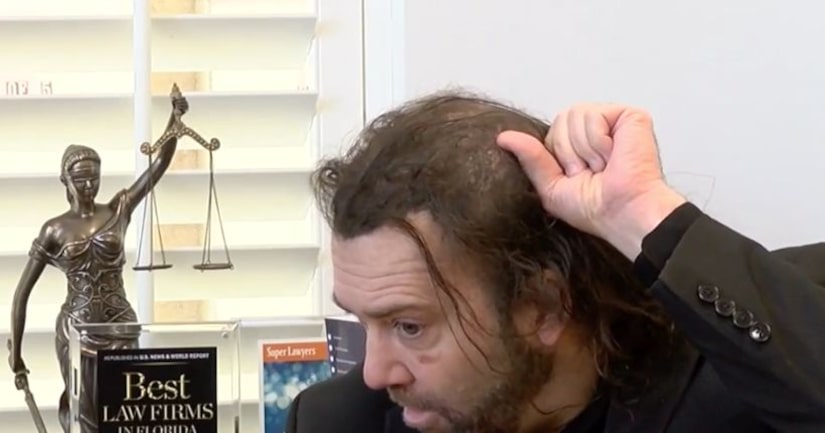 BOCA RATON, Fla. -- (WPTV) -- Most of us hope to get what we pay for. One Boca Raton man hoped that meant he would be safe.

But he was beaten in his own home by a naked man on acid, who slipped past multiple layers of security in his high rise condo.

"Honestly, I thought I was going to die at that point," said Denis Duddy.

A lot of people can probably relate to Duddy. Just over a year ago, he retired from New York City and moved to South Florida for some peace and quiet.

But that's the last thing he found on the night of February 26, 2017. Duddy said he fought for his life.

The Boca Raton police report spells it all out.

"A 240 pound naked man -- on drugs -- was able to gain access to the parking garage without any kind of intervention," said Michael Brevda, Duddy's attorney with the Senior Justice Center.

That man, later identified as 18-year old Michael Ramsay wandered onto Whitehall Condos property just after 11:30 p.m on February 26. He spent at least 20 minutes in the garage, before wandering through the lobby and going up the elevator to the top floor -- unnoticed.

"We were sleeping and all of the sudden -- bam, bam, bam on the door," described Duddy.

He showed us the damage. According to the police report, Ramsay broke down the door.

FULL STORY: Lawsuit underway after man beaten in his own condo by naked man on drugs - WPTV