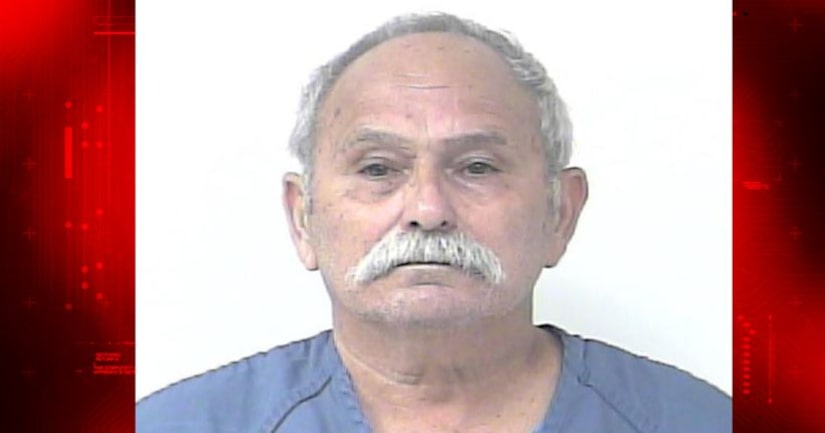 PORT ST. LUCIE, Fla. -- (WPTV) -- A parking lot encounter between two drivers in Port St. Lucie resulted in cursing, spitting, a gun drawn and an arrest, according to police.

It began Thursday morning in the 600 block of NW Airoso Boulevard.

The driver of a van claimed he pulled into a parking space but was not centered so he began to back out. At that point he told police another vehicle stopped behind him and the driver, later identified as 70-year-old John Tubello, began yelling and cursing at him and eventually approached his van and spit in his face.

The victim said he got out of his van and called Tubello a name. Tubello then returned to his car, grabbed a handgun and pointed it at the other driver and told him it was cocked, according to a police report.

The victim said he was also armed and has a valid concealed weapons license, but did not show his weapon and waited until police arrived.

Tubello told police it was the other driver who first cursed and spit at him. In the police report, he said he got his revolver and pointed it because he felt threatened.