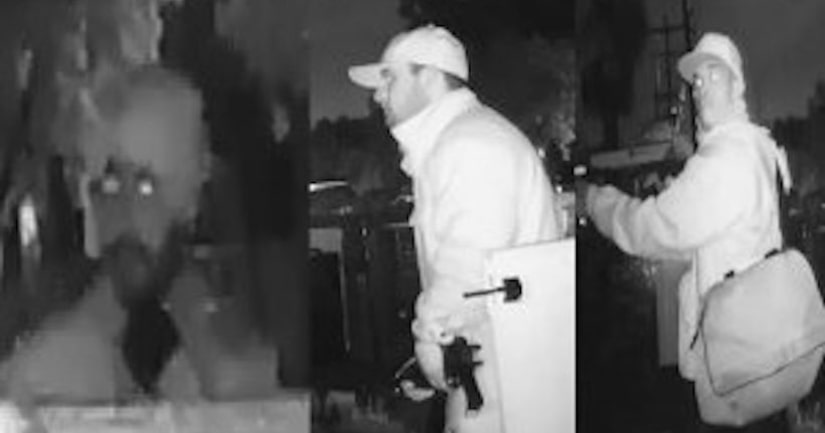 PLACENTIA, Calif. -- (KTLA) -- Police on Tuesday released surveillance video of three men armed with guns entering a Placentia home where a man was killed in January.

The homicide occurred Jan. 19 in the 900 block of Vista Avenue and Robert Rios, 35, was shot to death.

Police said the shooting was captured by surveillance cameras, but released video of the three men approaching the home.