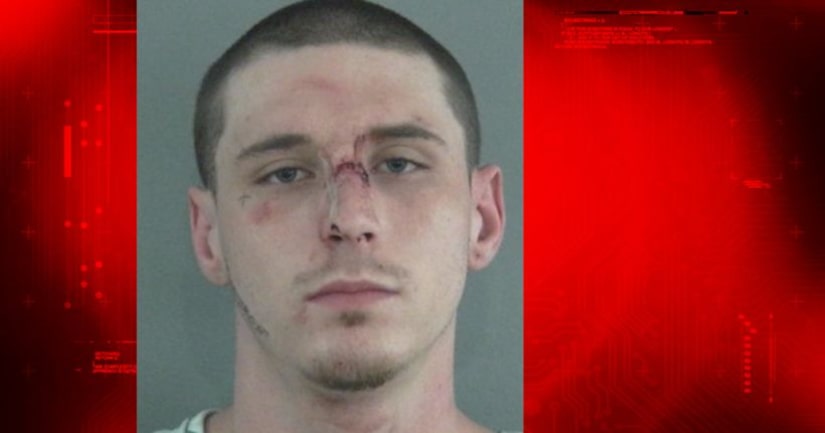 THE VILLAGES, Fla. -- (WKMG) -- A Florida man who was resisting arrest threatened to bite a deputy so he would be infected with HIV and spit blood at first responders, according to the Sumter County Sheriff's Office.

A bystander called 911 around 11:20 p.m. Wednesday to report a single-vehicle crash on U.S. 301 and County Road 232 in The Villages. Deputies found a dark-colored car facing north in the southbound lanes with extensive front end damage indicating that it had struck a concrete barrier, according to an arrest report.

No one was inside the vehicle. A witness told deputies that a man wearing a red shirt ran out of the car toward an industrial area.

While searching that area, deputies saw Devan LaRue, 24, running away from law enforcement, the report said. LaRue ignored verbal commands to stop, so deputies used a Taser to subdue him so he could be handcuffed and arrested, according to deputies.

LaRue remained uncooperative and threatened to bite a deputy's hand to infect him with HIV.