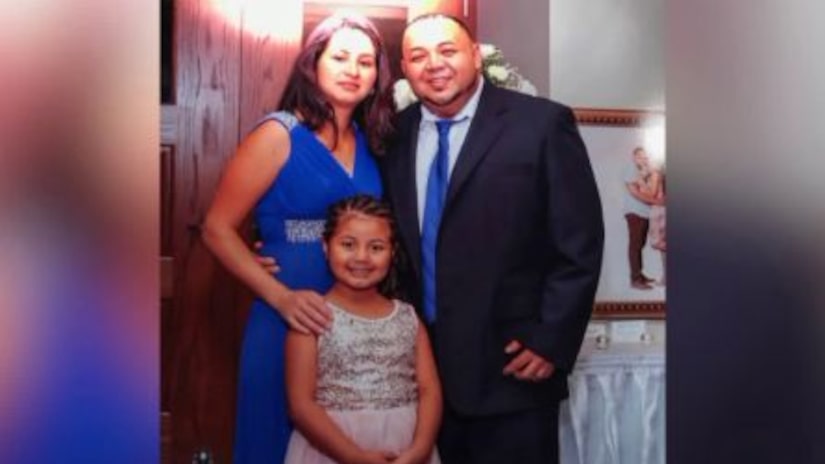 BRIDGEPORT, Conn. -- (WPIX) -- A multistate search for a 6-year-old Connecticut girl taken by her father after he allegedly stabbed two people, killing her mother, has ended and an Amber Alert canceled, according to Pennsylvania State Police.

Aylin Sofia Hernandez has been recovered safely and her father, Oscar Hernandez, is in custody, state police said shortly after 11 a.m.

Amber Alerts were issued in Connecticut, New York, New Jersey and lastly Pennsylvania after Bridgeport police say Oscar Hernandez stabbed two women at 69 Greenwood St. at about 2:45 a.m., then took off with the child.

One of the victims, believed to be the Aylin's 26-year-old mother, has died. The other victim, a family friend, is in critical condition but expected to survive.

The search extended to New York City when Oscar Hernandez's phone pinged in the Bronx at around 4:30 a.m., police said.

He was last seen traveling on Jennings Street in the Bronx, more than 50 miles from the stabbing scene, according to New York police.

Police were later seen nearby on Louis Nine Boulevard, where a building super said Hernandez may have made a phone call early Friday. If so, police said he was not caught on surveillance video.

Hernandez is a known criminal, according to Bridgeport police. Additional details on his past alleged crimes was not provided. 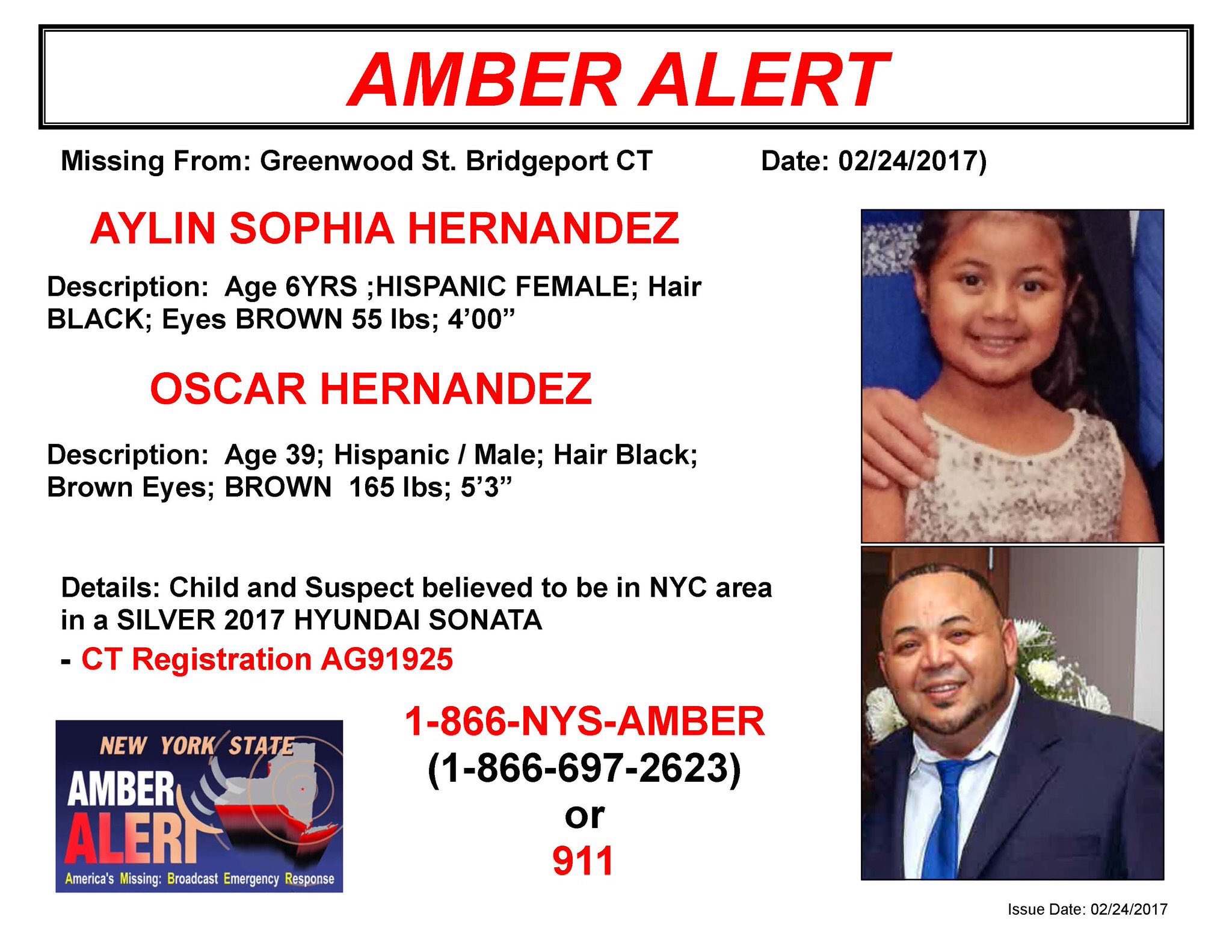