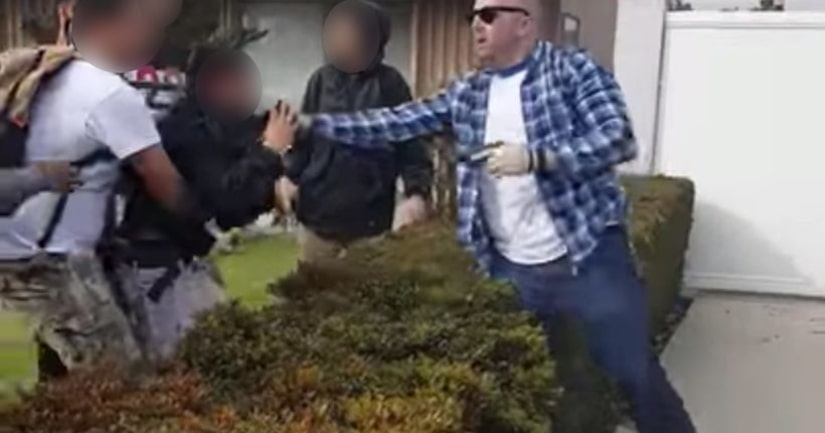 ANAHEIM, Calif. -- (KTLA) -- Cellphone video captured a physical struggle between an off-duty LAPD officer and a 13-year-old boy that led to the officer firing his weapon and the teen in Anaheim police custody.

The incident happened around 2:40 p.m. Tuesday near Euclid Street and West Palais Road, close to Loara High School, according to the Anaheim Police Department.

Anaheim police said that they were called to the scene where an off-duty Los Angeles Police Department officer had discharged his firearm and was detaining a 13-year-old.