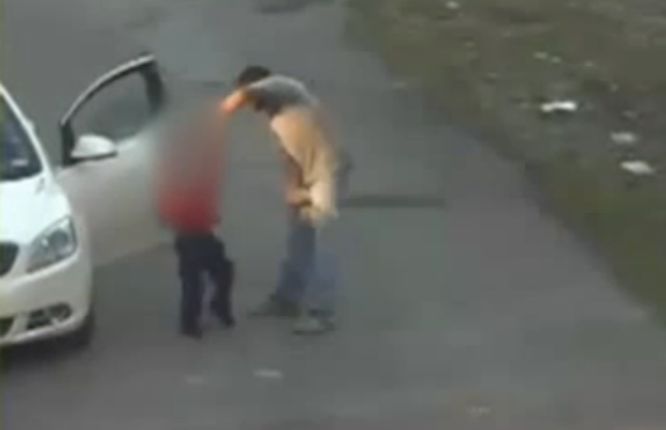 HOUSTON -- (KIAH) -- A seven-year-old boy is beaten 62 times on his head, shoulders and body over five grueling minutes and it's all caught on hidden cameras at a northwest Houston dumping ground!

"The suspect got out of the car....got the little kid out of the car...brought him around to the front of the hood-- and started just beating him relentlessly with a belt," Harris County Precinct 1 Constable Alan Rosen described.

Most of the video is too graphic to show on TV. Even cops had a tough time trying to stomach it.