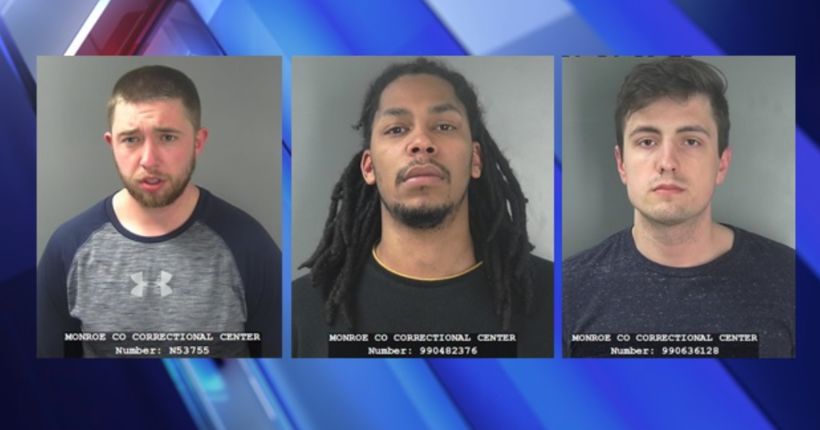 WXIN
The 13-year-old victim disclosed that she met the men on Whisper.

Evan Miller, 25, George Pearcy, 21, Mathew Filipek, 23, and Thomas Snape, 23, each face a felony charge of child molest. Snape faces an additional charge of possession of a level one controlled substance.

Police say the arrests stemmed from a complex investigation that began when the 13-year-old victim disclosed to police she met the men on the social media app Whisper.