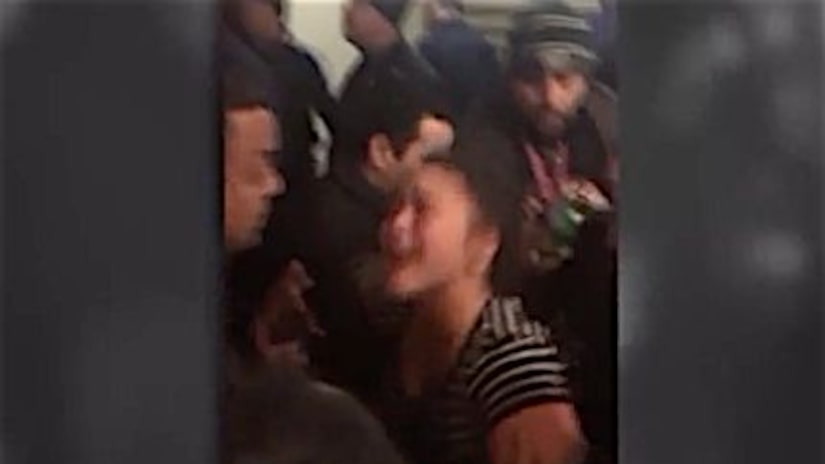 THE BRONX, N.Y. -- (WPIX) -- Police are investigating a video that surfaced Tuesday of a pregnant 17-year-old girl screaming in agony after being shocked with a stun gun by NYPD officers at her Bronx home.

"Get off of me, get off of me!" the girl yelled as officers attempted to hold her down before using a stun gun on her — clearly visible in the cellphone video.

The incident, which happened around 10 p.m. last Friday, reportedly began with a fight between two men in a hallway of the girl's Bronx apartment building on East 242nd Street.

Police initially responded to the apartment for a child locked in one of the units when they overheard a loud family argument inside Dailene Rosario's apartment.